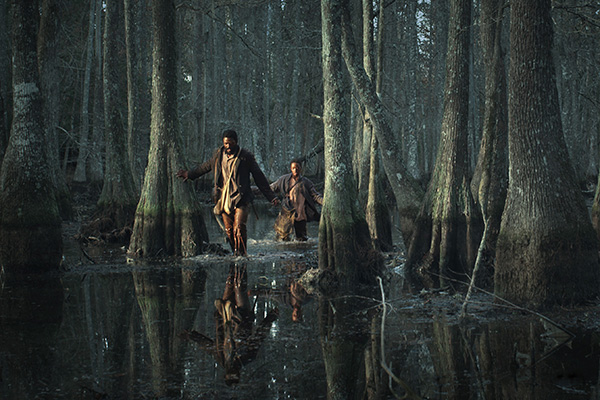 Ambitious as all get out, The Retrieval is an indie film production that belies its small budget. Set in 1864, somewhere near the Mason-Dixon line, this film is the sort of period drama that’s usually considered to be off-limits to smaller-scaled projects. Yet writer/director/editor Chris Eska (who won the Independent Spirit John Cassavetes Award for his previous film, August Evening) overcomes these obstacles to create a unique coming-of-age story.

Thirteen-year-old Will (Sanders) is a Southern black kid, who, seemingly, has no relatives apart from his uncle Marcus (John). Together, during the waning months of the Civil War, the pair work for a white bounty hunter (Oberst), who captures and returns escaped slaves. The moral quandaries faced by Will are laid out in The Retrieval’s opening sequence: During the dead of night, with the ominous sound of cannons booming in the near distance, Will knocks on the door of a white woman, who leads the boy to her barn where several runaway slaves are camped for the night. Will lies down among them, and even accepts a morsel of food offered to him by one of the fugitives. The night quiet soon erupts into mayhem when the bounty hunters raid the barn and torch the woman’s property. For their efforts in betraying their race, Marcus and Will receive some coins as payment and are tasked with a new mission: crossing over to the North to lure back the freedman Nate (Scott), who has an especially high bounty on his head.

Coaxing Nate back with a fabricated story about his fatally ill brother, Marcus and Will insist on accompanying the former slave on the dangerous journey. Wartime dangers surround them and the muffled cannon roar is a constant reminder of the war’s proximity. Although wary of these strangers, Nate eventually adopts a protective attitude toward Will, the fatherless boy who yearns for a male role model.

Although Eska’s story is fairly simple (and created prior to 12 Years a Slave and Django Unchained, which made slavery-era films part of our contemporary dialogue), it’s an emotionally rich tale. The central performances are quietly powerful and earned Tishuan Scott the Breakthrough Performance Award at the 2013 SXSW Film Festival, where the Austin-based Eska’s movie made its world premiere. The digital imagery by Yasu Tanida is crisp and eye-catching, and Eska shows a definite affinity for landscape portraiture. At a few points, the film’s artful touches strain a bit too hard for significance. But that’s hardly a problem for a film as distinctive as this one.

See “An Actor and an Übermensch,” Screens, for our interview with Tishuan Scott. 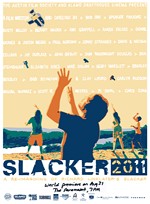 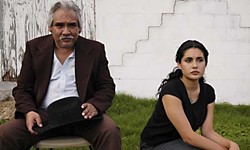