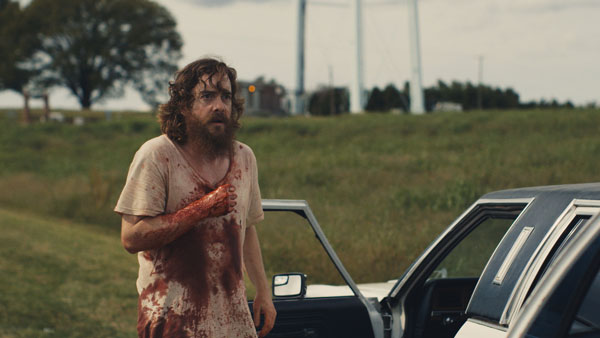 It’s clear from the outset that Dwight (played by Macon Blair in a stunning performance) is a ruin, although we have to observe him for a while before the film discloses what caused such human wreckage. Disheveled and unkempt, Dwight is a loner who sleeps in the backseat of a bullet-riddled car that’s parked somewhere in the Delaware dunes.

He slips into unoccupied houses to bathe, which is where we first come upon him. Wordlessly, we witness his solitary routine, and we have no idea whether the man is merely eccentric, down on his luck, or flat-out crazy. Then a sympathetic cop gives him some news and Dwight bursts into action like a man with a plan.

Dwight’s parents were murdered when he was a child, and the news he receives is that the man who went to jail for the crime is being released from prison. Dwight cleans up, trades in his aluminum cans for cash, pulls the gas can out of the car’s trunk, and puts the key into the ignition. He’s off on what proves to be a revenge tale with no end. Avenging his parents’ death only leads to a turnabout in revenge from the murderer’s family. Now Dwight’s sister and her young family aren’t safe. An eye for an eye: It’s the American way.

Appearing in almost every frame of Blue Ruin, Blair – who previously starred in The Man From Orlando and writer/director Jeremy Saulnier’s first feature, Murder Party – owns this film. Shedding his derelict appearance, Dwight reveals a baby face that now seems in stark contrast to the vicious actions he takes. Teetering between arousing our sympathies and our disgust, Dwight becomes a complex figure, and the film grows from a simple revenge tale into a character-based drama. Blue Ruin is a confident venture that smartly doles out its story in pieces, leaving the audience to happily follow its trail of breadcrumbs.

This review is reprinted with modifications from our Fantastic Fest coverage in September. 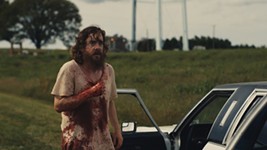 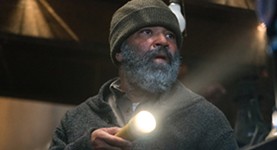 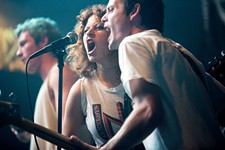