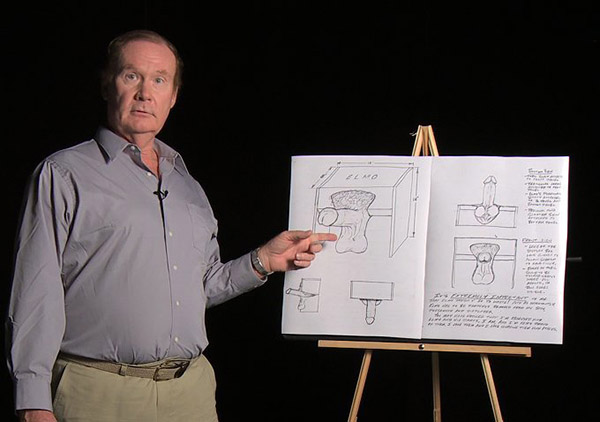 Forty years ago, Sigurður Hjartarson received a severed bull penis as a prank. That joke stirred something in Hjartarson, and he began collecting mammalian penis specimens in earnest. His obsession led to the creation of the Icelandic Phallological Museum in 1997, founded in part to help shatter cultural taboos that surround the male member. Nearing retirement and in poor health, Hjartarson needs just one more piece as a cap in the crown of his achievement: a phallus from a human male.

Enter Páll Arason, an Icelandic celebrity, adventurer, and ladies’ man. Arason has volunteered to have his penis donated to the museum after his death, and at 95 years old, it would seem that Hjartarson would not have long to wait. Then along comes Tom Mitchell, a horse farmer from California. He’s so enamored of the idea of his johnson being in a museum, that he is willing to have it surgically removed in order to beat Arason to the punch.

What could have been a puerile joke becomes something much more emotionally poignant in the hands of directors Bekhor and Math. They film these obsessed men honestly and without judgment, letting the comedy of the situation come through naturally. Mitchell provides much of the humor, especially when it appears that he wants his penis (nicknamed “Elmo” by his first wife) to become a celebrity, superhero comic book and all. He painstakingly designs a complicated display case and, in one of the film’s more cringe-inducing scenes, goes so far as to have the stars and stripes tattooed on Elmo’s head. But while very funny, The Final Member is also a compelling examination of society’s concept of masculinity and male identity, and an empathetic portrait of three men in the fading decline of their lives, staring at their own mortality. In the end, their obsession with leaving behind a legacy illustrates a universal truth for us all, and that’s no joke.