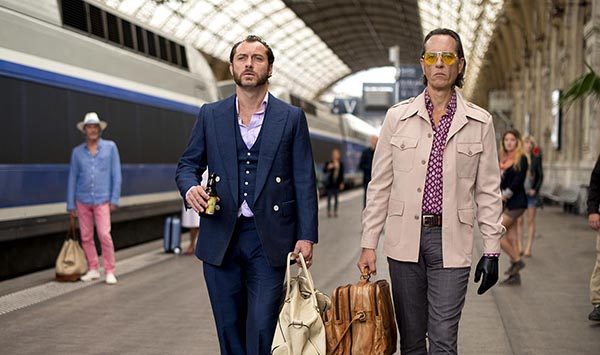 Dom Hemingway (Law), in the new film Dom Hemingway, likes to yell repeatedly at the top of his lungs, “I’m Dom fucking Hemingway!” which is odd, because most everyone he encounters in the film already knows he’s Dom Hemingway. Nevertheless, he screams it like a mantra, as if to remind himself of his identity, which makes sense in a movie that doesn’t really have one.

Jude Law, all piss-and-vinegar swagger, embraces this role with such wild abandon, you forget that this is the same actor who quips his way through those Sherlock Holmes capers as Dr. Watson. Dom Hemingway is a character in the tradition of British gangsters caught on film, from Bob Hoskins in The Long Good Friday, Michael Caine in Get Carter, to Tom Hardy in Bronson. Law delivers a riveting performance in this movie that starts strongly enough, but by the third act is deflated of any tension that may have existed.

The film begins as Dom, an infamous safe-cracker, is released from jail after doing 12 years for not ratting out his Russian mob boss, Mr. Fontaine (Bichir). He hooks up with his old partner in crime, Dickie (Grant, basically riffing on his Withnail & I character), and they hop off to France to pick up the hush money Dom was promised for not snitching. Bacchanalian partying and violent hijinks ensue, and the film’s pacing is rapid and cocksure to match. But just as things get going – cue record scratch! – Dom and Dickie return to England bruised and broke. Dom then decides to simultaneously make amends with his now-grown daughter (Clarke, wasted here in a thankless role) and get back in the safe-cracking game, even though his knowledge of modern safe technology is absolutely nil. The results are so tonally disparate, so frustratingly tidy, and reliant upon such wild coincidence, that it would appear that Shepard (The Matador) just got tired of his character and decided to stop filming.

If there were anything approaching narrative coherence, the film might have rested on Law’s performance alone. As it stands, Dom Hemingway the character is eclipsed by the inability of Dom Hemingway the movie to decide what it wants to be. And that’s too fucking bad. 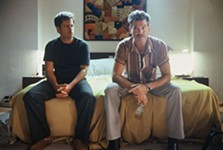 The Matador
A curious, postmodern sort of buddy comedy, The Matador is like Death of a Salesman if Willy Loman had been a contract killer.