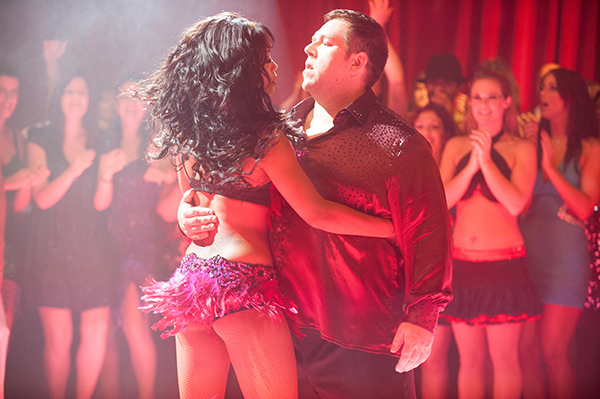 As Gene Kelly exuberantly confessed in Singin’ in the Rain over half a century ago: “Gotta dance, got-ta dance!” From Tony Manero to Billy Elliot, the male urge to express himself through bodily movement has experienced an onscreen resurgence, and the improbable but pleasant Cuban Fury further dispels the ignorant notion that dancing and masculinity don’t mix. Here, the dancer with the spark is Bruce (Frost), a schlubby office drone utterly lacking in confidence who decides to dance-step back into life by rediscovering his passion for the Cuban salsa. For Bruce, it’s a dream deferred. As a teenager, he came close to becoming the United Kingdom’s next junior champion salsa dancer, until the night his sequins and heels attracted the unfortunate attention of some thugs on a London street.

It doesn’t take a crystal ball to predict how the adult Bruce’s aspirations play out in Cuban Fury. This is a movie tailor-made for cheering on the not-so-little guy to find his self-esteem, dazzle the judges, and win the girl. Still, the script by Jon Brown rarely takes any chances, playing it so safely that the film’s purported message about finding your life’s passion may strike you as a little hypocritical. The only thing edgy here is Novak’s hysterical performance as a sexually ambiguous, amateur salsa dancer of indeterminate foreign descent, who encourages an uncertain Bruce to pursue his ambitions. He’s a sweet version of Borat who dances off with the film.

Happily, Frost proves he can fly solo in Cuban Fury. (Frequent film partner Simon Pegg makes a cameo appearance to remind you of his absence.) This change-of-pace role suits him, although his emotional range is somewhat limited, much like his dance moves. (The trickier steps appear to be performed by a double.) But what Frost lacks in grace on the ballroom floor – and he’s not bad, mind you – is more than compensated for by the joyful expression on his face when he’s tripping the light fantastic. He makes it clear that Bruce isn’t really alive unless he’s performing the salsa. It’s like Gene said: The guy’s gotta dance.

See "The Dancing Bear," April 18, for a related interview with Nick Frost. 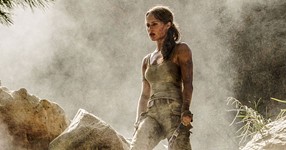