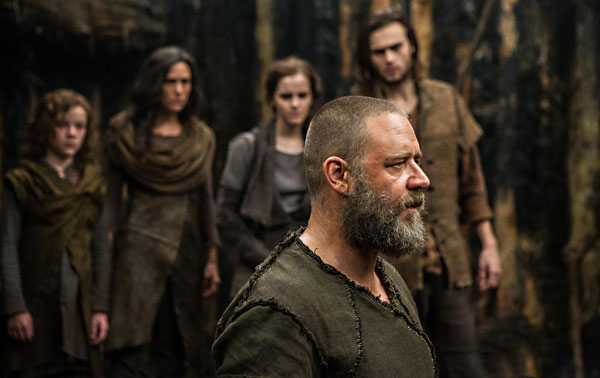 Partly allegorical, partly spectacular, and wholly sincere, Darren Aronofsky’s Noah presents itself as an idiosyncratic benefaction to the Almighty – who, for the purposes of this film, is always referred to as the Creator rather than God, in a largely successful attempt to not rock the boat. Aronofsky’s story of Noah and his ark is far-removed from our collective recollections of Sunday school pageants and Cecil B. DeMille extravaganzas. Instead, this film opts for the sort of human-scaled realism that almost allows us to smell the dank stench of a menagerie cooped up for 40 days and nights on a water-swept barge.

This film’s Noah (Crowe) lives in an Old Testament world, which hasn’t seen evidence of the Creator’s existence since He marked Cain for killing his brother Abel. The landscape is stark and barren (much of Noah was filmed on Iceland’s volcanic plains). Cain’s wandering descendants are vicious warriors who plunder the Earth and all its inhabitants, while Noah and his family of vegan believers try to outpace the savage mobs who, as yet, haven’t heard about any golden rules. (A sound case can be made for reading the film as an ecological parable.) Eventually, Noah experiences visions of blood rising from the soil and the watery engulfment of humanity, which he interprets as the plan of the Creator. After trekking with his wife Naameh (Connelly), three sons (Lerman, Booth, and Carroll), and adopted daughter (Watson) to seek the wisdom of his grandfather Methuselah (Hopkins), Noah comes to believe that he has been chosen to build an ark that will protect the innocent animals and leave all human wickedness to drown.

With his customary cinematographer Matthew Libatique, Aronofsky has created a series of fantastically spectacular visions that do justice to the idea of a Creator who, with a single breath, can imbue the world with light, planets, and whatever He desires. The animals and the giant, rock-encased Watchers (Aronofsky’s version of the Nephilim – angelic sons of God, sentenced to abide on Earth because of their fondness for humans) are CGI fabrications, as is the ensuing flood, but the spectacle rarely encroaches on the drama and instead offers a sense of the world’s wonders.

Despite the film’s visual marvels, its creators all take themselves a tad too seriously. Although Noah is much less mystical than the muddled spiritual tale told in Aronofsky’s 2006 film, The Fountain, this latest project exudes a mirthless quality that often makes it seem airless and bottled-up. Noah can be seen as part of Aronofsky’s skein of obsessed heroes, which started with Pi and Requiem for a Dream and continued through to The Wrestler and Black Swan, but Noah is not a character of Aronofsky’s invention. Noah is a ready-made Bible figure, but Crowe and Aronofsky manage to make him appear lifelike. Yet, in the end, the best enhancement to all that realism might be to purchase a ticket with D-Box seating. 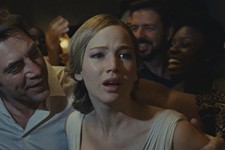 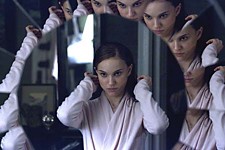 Black Swan
Darren Aronofsky and Natalie Portman whip things into a baroque frenzy in this crazed hybrid of drama and horror set amid a ballet corps.