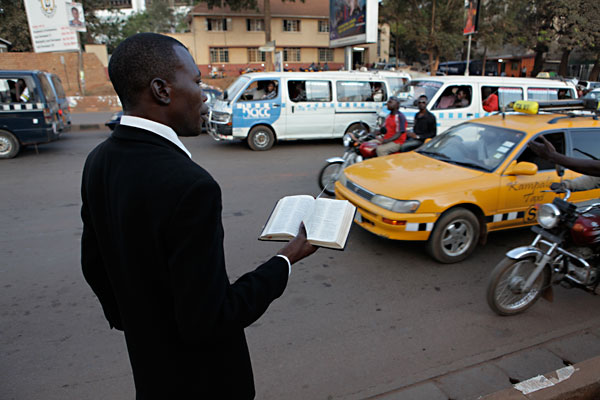 If ever we presumed that Uganda’s problems were solved when its strongman leader Idi Amin fled the country in the late Seventies and eventually died in exile, we were all dreadfully wrong. As revealed in God Loves Uganda, this African country is presently under attack, although this time the threat comes from without rather than from within its national borders.

The threat comes from Western evangelicals who have leapt into the power vacuum created by Amin’s departure. In addition to spreading Christian religious beliefs, modern-day missionaries have also spread fundamentalist socio-political beliefs, which have failed to gain majority traction in their home countries. Chief among these are the abhorrence of homosexuality and the promulgation of a law making it a crime punishable by death.

The moment could not be any timelier for this movie. Earlier this week, the Ugandan president ignited world furor by signing a bill into law making homosexuality punishable by life imprisonment and requiring citizens to report to the police anyone suspected of being gay. God Loves Uganda documents the evangelical campaign to win the African continent, beginning with Uganda. Using a combination of cinema vérité, interviews, and hidden-camera footage (much of it lyrically edited), the documentary exposes the faith-based call to arms against the scourge of homosexuality. Along with building hospitals and schools, the evangelicals have built a populace that presently identifies itself as 85% Christian.

A great many of these proselytizers are sent to Uganda by the Kansas City, Mo.-based International House of Prayer (which identifies itself as IHOP; I’m not sure why that little pancake franchise doesn’t sue for trademark infringement). Also under scrutiny is George W. Bush’s evangelical activities in Africa and his heralded anti-AIDS campaign that promotes abstinence. Whereas Uganda post-Amin fought successfully against the rampant spread of AIDS by actively promoting condom use among its citizens, once the evangelicals took hold of the country the promotion of abstinence replaced condom use as the favored means of combating the disease.

Maybe it takes the mind of a proselytizer to imagine that all gays are out to recruit and convert new members. This ridiculous article of faith is what makes it impossible for these religious zealots to – ahem – turn the other cheek. God Loves Uganda and recent events make it seem like the time is right for a 21st century raid on Entebbe. 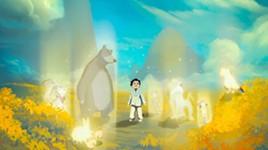 Life, Animated
The magic of Disney unlocks a boy's mind