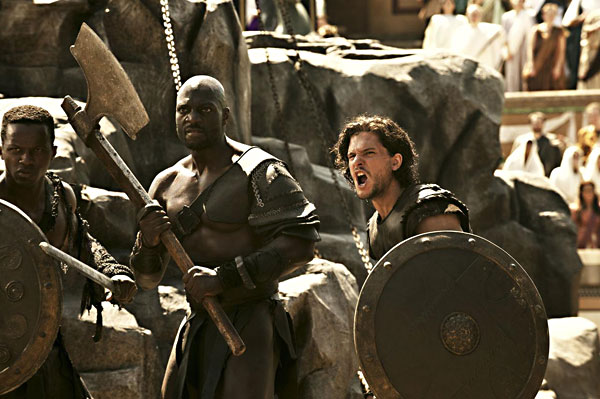 Wherefore art thou, Steve Reeves? Kit Harington (Game of Thrones' Jon Snow) is adequate as Pompeii's brooding Celt Milo, enslaved by the Romans and forced into gladiatorial combat by Sutherland's sleazy senator Corvus in the Rome-resistant port city of the title. At least Reeves, who essayed a similar role in 1959's sword-and-sandals epic The Last Days of Pompeii, had the virtue of starring in a film that was actually shot in Italy. Paul W.S. Anderson went straight to Toronto and front-loaded his film with enough CGI – much of it excellent – to burden even Hercules himself.

Anderson is best known for morphing the zombified Capcom video game Resident Evil into a thrifty little film franchise that's about to hit round six, thereby providing Milla Jovovich with a steady paycheck and cosplay kids with no end of bloody thumbs and pleather-stitching injuries. Along with Uwe Boll, Anderson has taken the lead in what used to be referred to as mid-to-low-budget exploitation fare. Sure, he may have helmed the gear-grindingly lame retread of Paul Bartel's classic dystopian comedy Death Race 2000, but neither he nor Boll come within spitting distance of exploitation filmmaking's once and future king, Roger Corman, who genuinely leveled the cinematic playing field by infusing stale genre conventions with deeper, darker meaning.

Pompeii is content to trundle along as it follows the foibles of its bland hero and his chaste, forbidden love with Cassia (Browning), the princess of Pompeii. Hounded by grape-eating Romans at every turn, Milo ultimately finds kinship, of a sort, with veteran gladiator Atticus (a visceral Akinnuoye-Agbaje).

Of course, that's not what anybody in the audience is likely to care about. We all know what happens in the end and, to his credit, Anderson totally nails the vulcanization of Pompeii. You want it? You got it: flaming chariot melees, massive tsunamis, and a downright hellacious pyroclastic flowgasm that makes the ones in Dante's Peak look like so many Etch-a-Sketch doodlings (all of it shot in well-above-average 3-D). Pompeii delivers the goods – well, at least during its final 20 minutes. 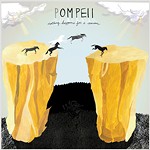 Pompeii
Nothing Happens for a Reason (Record Review)