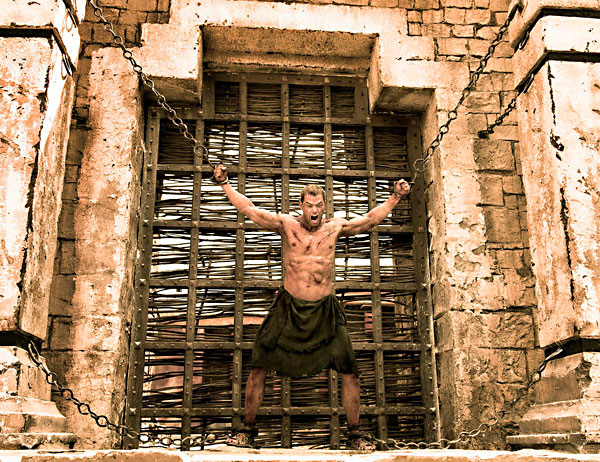 The Legend of Hercules

The end of this film was truly shocking. Not the climax, which was as dull and unimaginative as the rest of this remarkably flat movie. No, it was when the credits were finally displayed (they were not at the beginning of the film). The first one was for the director, Renny Harlin.

It took me aback. Admittedly, Harlin’s career is remarkably uneven, hitting rock bottom with Cutthroat Island (1995), one of the worst cast of all films that had not only Harlin’s then-wife Geena Davis playing the pirate queen but also Matthew Modine seeming completely out of place as a period swashbuckler. Prior to Cutthroat Island, Harlin directed Die Hard 2 (1990) and Cliffhanger (1993) – both interesting action films. Afterward, he helmed the much-maligned The Long Kiss Goodnight (1996), which also stars Davis and has always had a warm spot in my heart. Since then, Harlin’s career has continued to spiral downward with 12 Rounds (2009) and 5 Days of War (2011).

However, even the worst of these usually had some fun action scenes, which is Harlin’s specialty. This origin story of the great hero Hercules (Lutz) of Greek mythology lacks even one semi-decent action piece. Boasting way too much unnecessary plot, it embarrassingly trips over itself telling its story.

The night after King Amphitryon (Adkins) vanquishes one of his enemies, Zeus impregnates his wife Queen Alcmene (McKee). The king guesses something is up but rests his hopes on his eldest son Iphicles (Garrigan), disdaining Hercules, the child of that liaison. Hercules loves Iphicles’ betrothed (Weiss), so he is sent off on a suicidal mission. Combining bits of Ben-Hur,

It’s not only that the plot is ridiculous and the action scenes uninteresting but that Lutz is so damned pretty. In one scene, his beloved comes upon him swimming in a pool. Traditionally, it is the actress so featured. Can’t help but paraphrase Groucho Marx’s famous reaction to Victor Mature in Samson and Delilah: “No picture can hold my interest when the leading man’s bust is bigger than the leading lady’s.”

While watching it, I kept thinking this was like 47 Ronin, in which an unfortunate novice director was given a project way out of his or her reach. In no way was I prepared to learn it was the work of veteran Harlin.