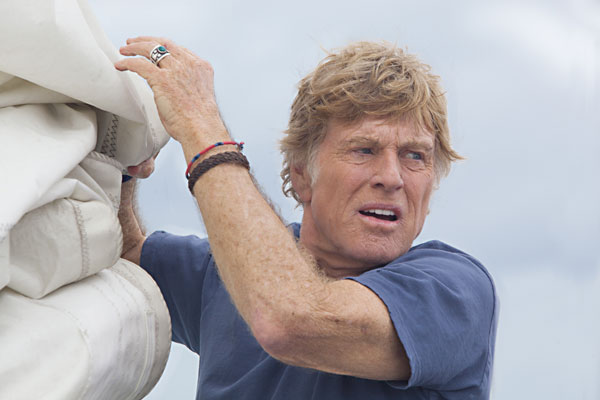 “This is the Virginia Jean with an SOS call. Over.” That right there is very near the totality of dialogue in this brutalizing picture of one man lost at sea. The second feature film written and directed by J.C. Chandor, All Is Lost is a startling about-face from Chandor’s debut film, that improbable nail-biter Margin Call, which managed to make kinetic a super-talky drama about the collapse of a global investment firm. Then again, the two movies may not be so far removed: Both are obsessed with cause and effect – with how minutiae is the light dusting that swiftly snowballs into a major shit show.

Here, it begins with a man (Redford) – “Our Man,” as he’s billed in the credits – waking to discover that a mislaid cargo container in the Indian Ocean has ripped a hole in the hull of his boat. All is not lost: Our Man is clever and resourceful, and the film is fascinating, even to a sea novice, in the meticulousness with which it catalogs his every movement to ballast the listing ship. (Self-taught celestial navigation shouldn’t be this interesting, and yet …) A less daring film might fill the silence at sea with some epic, why-god-why monologuing; certainly, in the recent So-Much-Lostness movie sweepstakes, this one benefits from comparison to the similarly minded but more Hollywood-friendly Gravity, which mucked up its technical brilliance with a manhandling narrative. In the absence of speech, there is an immersive soundscape, and also an original score by Alex Ebert – a spare blend of guitar, winds, and a whale song simulacrum (it suffers a bit from a recurring theme that too much recalls Arvo Pärt’s overused “Spiegel im Spiegel”). Even the music evokes stillness, and in that stillness a kind of dialogue between viewer and film burbles to the surface. Where did he come from? Why is he here? Who is he thinking of? When is he going to throw in the towel? The film’s existential bent is catching: As Our Man surveys his kingdom in crisis, the viewer can’t help but wonder what she might save from a sinking ship, or a burning building.

As indicated by the title, a lot goes wrong for Our Man, and at a certain point, the pile-on of calamities is almost comical – I give nothing away by noting the closing credits acknowledge a “shark chum thrower” – even as it is ruthlessly realistic. (This viewer might be showing her hand: I suspect I would have thrown in the towel on day one.) Audience fortitude aside: This is compulsively watchable stuff, a masterstroke of thoughtful direction and thought-provoking performance. Decades have passed since Robert Redford was “Robert Redford,” that blindingly charismatic icon of American cinema. As his focus shifted to directing and to nurturing the Sundance empire, the acting parts became more workmanlike; it seemed foregone his best work was behind him. Five minutes alone with him in All Is Lost will make you feel like a chump for ever suspecting he was done for. The charisma never went away; it’s only aged into a very fine vintage, indeed. 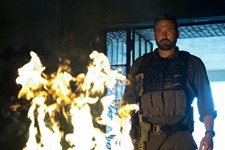 Triple Frontier
US soldiers versus the cartels, but it's all about the benjamins 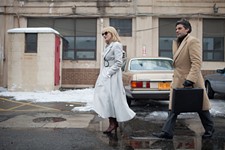 A Most Violent Year
Oscar Isaac and Jessica Chastain anchor this simmering drama set in the semi-lawless New York City of 1981.