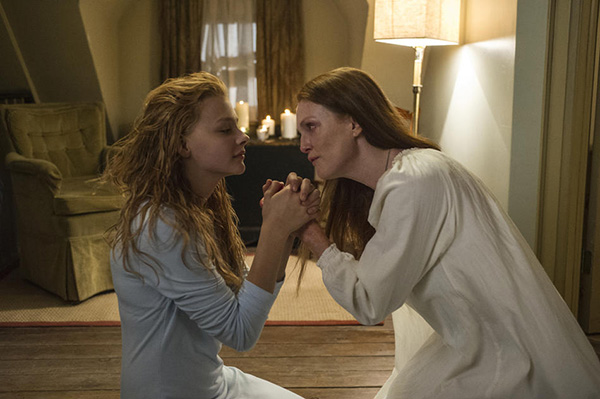 There’s still no sin like original sin, and whether it’s Stephen King’s source novel, Brian De Palma’s 1976 classic, or Kimberly Peirce’s modern-day update, Carrie remains one master manipulator. And I’m not just talking telekinesis here – Carrie moves us with its horrific yet poignant takes on the teenage pecking order, religious zealotry, and the onset of menstruation. This is one girl who will not be underestimated.

The world had no great need for this remake of De Palma’s film, although Peirce’s version does downplay some of the earlier film’s more voyeuristic tendencies in the locker room and elsewhere. Her version also opens differently – with the bloody birth of Carrie to her mother Margaret White (Moore), a religious fanatic who accepts the baby as God’s curse. The major update in Peirce’s version is the use of cell phones to record the shower-scene humiliation of Carrie (Moretz) and then later upload of the video to the Internet where the teenager can be ridiculed and bullied in perpetuity.

As the mother and daughter in the 1976 version, Piper Laurie and Sissy Spacek have long since passed into iconic status. Julianne Moore and Chloë Grace Moretz, however, perform their own dance quite stunningly as well, and make their relationship seem a bit more naturalistic than De Palma’s baroque telling. Yet nothing can really top the split-screen tour de force of De Palma’s prom-scene finale.

Carrie has proved itself to be a remarkably resilient tale that’s not likely to be plugged up anytime soon. 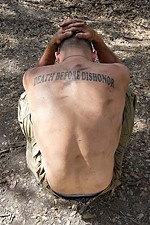 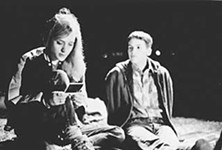