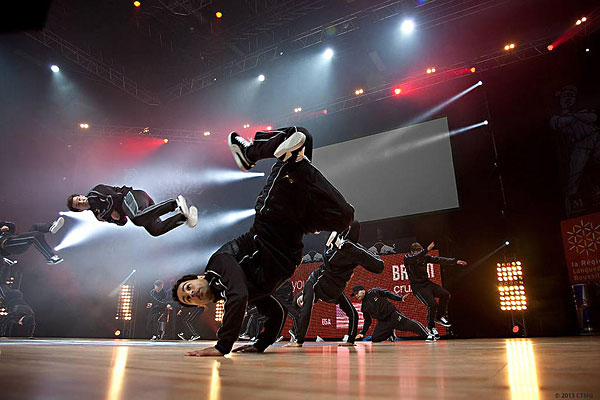 Battle of the Year

The Battle of the Year is an annual international hip-hop/b-boy event held in France with over 20 countries participating. Breakdancing may have started in the U.S., but in this fiction film, the American team has been out of the running for 15 years and the Koreans now dominate. Hip-hop mogul Dante Graham (Alonso) has decided that the situation has to change. He lures Jason Blake (Holloway), his old breakdancing partner, out of a despondent retirement to help him achieve his vision. Blake was a very successful basketball coach until a couple of years back when his wife and son died in a car crash and sent him into a tailspin. Never a dance coach, Graham still figures his old b-boy skills and Blake’s coaching experience will serve them well to take an American breakdancing team to glory.

Instead of working with an established dance crew, Blake convinces Graham that they should create a dream team of American breakdancers. Taking over 20 players to a former youth detention center, he puts them through intense daily workout routines while he whittles the group down to the best of the best. Along the way, he picks up an assistant, Franklyn (Peck), and a female choreographer (Lotz).

Youth dance films are predictable and stereotypical, but that is part of their charm. Crucial to their success is the solid establishment of characters, interactions, and relationships. But perhaps most important is how well the films define the geography of their dance routines (which team and which dancer is doing what, and how that works in concert with the others). In every way this film falls flat.

Few characters are well-drawn, rivalries substitute for real group dynamics, and the dancing is chaotic, showy, and confusing. There are numerous melodramatic developments that seem pointless. Blake’s rehabilitation from sad drunk to dynamic coach is particularly one-dimensional. In particular, as mentioned, the dance sequences are a mess, which is the kiss of death for a film in this genre. 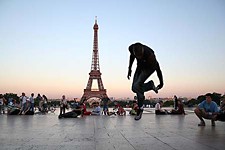 Planet B-Boy
The global revival of breakdancing is the subject of this documentary, which shows off the mad skillz of competitors around the world.