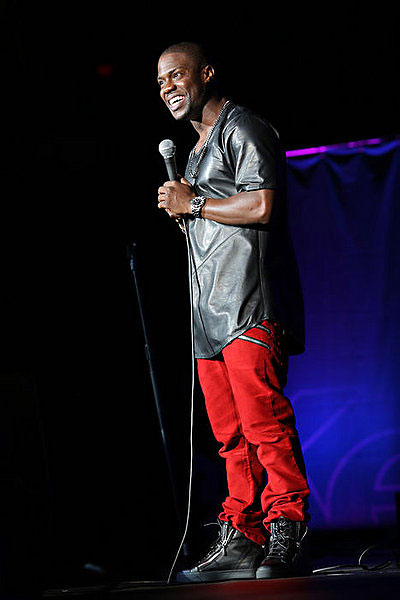 Does Kevin Hart have a persecution complex? He certainly seems to think everybody’s out to get him. The opening act of this stand-up concert film is a bizarre and badly put-together, faux-documentary piece in which Hart’s friends and fans get in his face and accuse him of various misdeeds – of selling out, going Hollywood, not dating dark-skinned women now that he’s famous, and not being nearly as famous as he thinks he is. As for the last charge, Hart goes to great lengths to establish just how much of a big deal he is. (“I’m a big goddamn deal!”) A brief yet interminable sequence establishes how universally adored Hart is, as he fills venues to capacity in Canada and Europe and inspires slavish fan tweets that seem awfully slight when stretched to fill a multiplex screen. All together, it is a wearying display of defensiveness from a man who – by any barometer, not just his own – is wildly successful.

This extended preamble will probably sour viewers not already in Hart’s pocket. It distanced me, at least, from the actual stand-up routine, which touches on fame, divorce, and family life, and leans heavily on dick jokes and a bitches-be-crazy attitude about women. This concert portion was filmed at one of two consecutive sold-out shows at Madison Square Garden – yes, a very big deal, indeed, and one that moves Hart to genuine tears at the close of the show. I envy him: I so wanted to be moved to genuine laughter, but it came in only fits and starts.