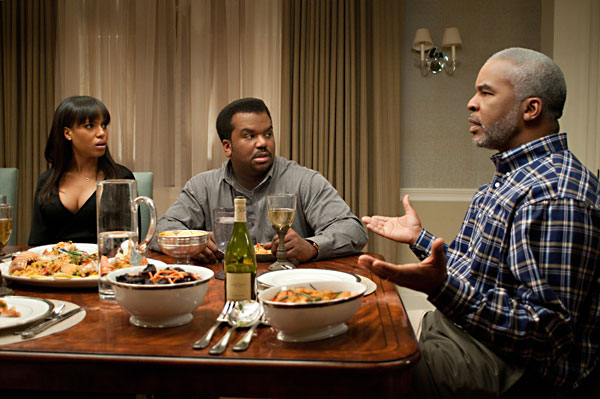 This family comedy is as easy-fitting and unchallenging as the husky jeans worn by its likable lead Craig Robinson, in his first starring role (a reliable comic sideman, he’s best known as Darryl from The Office). He plays Wade Walker, a children’s performer who specializes in instructional songs (“Speak It, Don’t Leak It” schools kids on incontinence) and a devoted boyfriend to lawyer Grace (Washington). Frustrated that Grace hasn’t introduced him yet to her wealthy, politically powerful family (the title’s Peeples), Wade decides to pop in unannounced during a family vacation in Sag Harbor, with the intention of securing her father’s blessing to marry Grace. Turns out Grace has been keeping secrets: Namely, she’s never so much as mentioned Wade’s name to the folks. That’s but the first in a tumble of omissions and outright lies that defines the family dynamic. Trying his best to impress the Peeples, Wade – an honest, good-hearted guy – becomes the reluctant keeper of so many secrets.

There’s not much here you haven’t already seen in similarly themed comedies like Wedding Crashers and Meet the Parents, and writer/director Tina Gordon Chism (who previously scripted the standout Drumline) doesn’t show the same verve with memorably outrageous set-pieces. But she’s good at low-key, observational humor, and the all-around excellent cast swings with aplomb from silly to sweet. 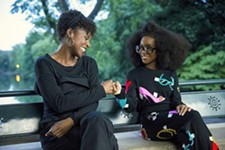