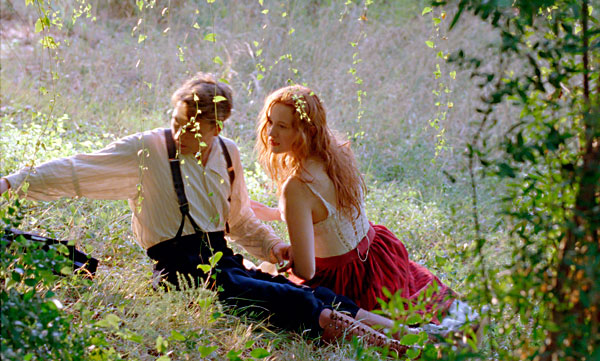 Colorful and lighter than air, the Impressionist paintings of Pierre-Auguste Renoir bring almost universal smiles and contentment to those who gaze on his cheery paintings and their multitudinous reproductions. And, though his artistic temperament was less sanguine and radiant than that of his father, Pierre-Auguste’s middle son, Jean Renoir, is beloved ’round the world for the humanistic qualities of his films, which grant characters and cultures their foibles and grand illusions while nevertheless chucking them under the chin. It goes without saying that a film that takes us behind the curtains of the Renoir household would be a thing of interest to a vast number of art and film enthusiasts. It’s too bad then that Renoir adds little dimension to these historic figures, although it does a superlative job of translating an Impressionist visual sensibility to the medium of film.

Filmed by Taiwanese cinematographer Mark Ping Bing Lee (In the Mood for Love, Flowers of Shanghai), Renoir sets its palette with its opening shot. A flame-haired young woman in a bright ochre outfit rides a bicycle through the countryside of the French Riviera in 1915, the moving camera capturing all the sun-dappled interplay of light and color as she weaves along the road. A quickly passed effigy of a hanged German soldier is the only hint of a dark shadow anywhere in this reverie. The woman is Andrée Heuschling (Theret), who has come to inquire about modeling for Renoir père (Bouquet). The painter, a recent widower, is in his latter years and suffering from terrible arthritis that keeps him immobilized in a wheelchair with his crippled hands bound with gauze to his paintbrushes, dependent on a coterie of devoted female house servants and former models. Renoir’s new model begins coming to his atelier daily, reviving the artist’s verve for his art.

World War I looms in the background and worries the old man terribly, as his two oldest sons have volunteered to go to the front. After suffering egregious injuries, Jean (Rottiers) comes home to convalesce, and while there develops a loving relationship with Andrée. (After the war – and the close of this film – the two were married, and Andrée, who had adopted the name Catherine Hessling, starred in Jean’s first silent films, though the couple divorced after a few years.) Yet for all the vibrant color in the images onscreen, the film’s drama is an inert thing

Despite all the buoyant imagery in his canvases, Renoir père seems a somewhat crotchety fellow, while Renoir fils is portrayed as a naive son of privilege flailing for a direction in life. Neither man exerts a gravitational pull in Bourdos’ depiction. And Andrée is increasingly given to petulant fits, which render her a less appealing character as time goes by. The film’s closing remarks note that she died alone and forgotten, while Jean went on to become a world-renowned filmmaker. The reclamation of Andrée’s legacy seems to be Bourdos’ objective with this film, but he never establishes her point of view as the film’s overriding perspective. Renoir is great at capturing some of the details of daily life within this unique household and conveying an Impressionist atmosphere on film, but as far as telling us a story, the film is a washout. 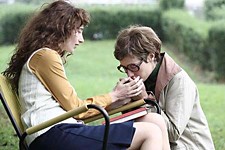 Toto the Hero
Belgian writer/director Van Dormael delicious little film examines – through flashbacks, mainly – the life of a now-elderly man who believes that he was switched at birth with a neighbor child and has thus been denied the privileges and wealth he might otherwise have enjoyed.