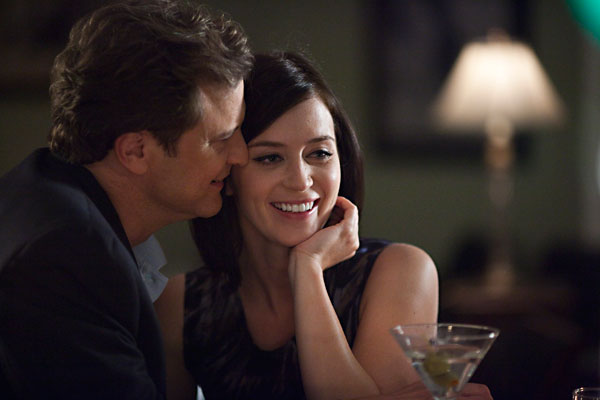 This films charts a voyage having to do with personal identity and self-awareness. Mid-level manager Wallace Avery (Firth) is tired of his life as he is living it. He is distanced from his son, divorced from his wife, involved in a tired romantic relationship, bored at his job, and is generally dissatisfied with every aspect of his life. Through a surprise circumstance, he gains the opportunity to completely reimagine and restructure his existence. He walks away by faking his own death, and moves toward reinventing himself. Taking the name Arthur Newman, he heads out on the road to become a golf pro in Indiana.

Along the way, he hooks up with “Mike” (Blunt), a troubled and unhappy woman who is also leaving her life behind. She’s depressed, a kleptomaniac, and understands his game immediately. They meld into a curious couplehood, and discover they can only be intimate when taking over other people’s lives. They have sex in other people’s clothes or homes.

Arthur Newman is a road picture, an odyssey of self-discovery that is somehow more glum than exciting, and more condemnatory than liberating. The movie’s press material describes it as a “gently comic screen romance about two unlikely souls who fall in love and find a way to accept responsibility for who they really are.” This description sounds like a movie that could be magical and really get to the whimsical hearts and idiosyncratic minds of two damaged individuals – and in that coming together forge a mutual healing. However, this isn’t that film. Arthur Newman is overwhelmed with arty ambitions and a heavy-handed acting style. Ultimately, all the weight prevents the film from taking off and soaring. 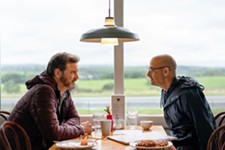