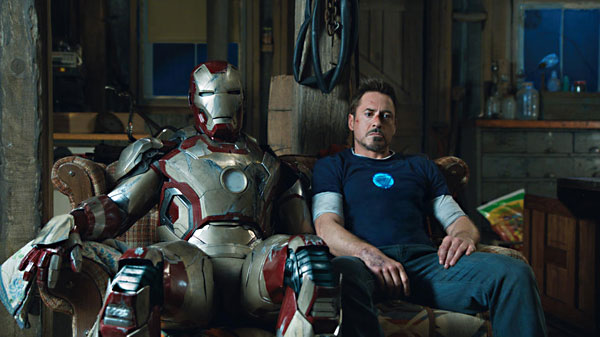 The second directorial effort by star screenwriter Shane Black (Lethal Weapon) is the latest entry in this unusually fine Marvel superhero series. The film provides more of the same and nothing startlingly innovative, but what's here is good.

Expect exploding Iron Man maneuvers, endless soaring, sky-drenching fireworks, and a cavalcade of technically impressive pyrotechnics. This is a comic book with action and heart, but you’ll still be surprised by the empathy you’ll feel for the characters – and most particularly, the villains. More important than even the writing and special effects is that this film series, as a whole, is spectacularly well-cast. Robert Downey Jr. constantly delivers. He brings a humanity to the hero, and his superpowers are matched to a wickedly wise-cracking and self-deprecating humor. His approach to playing Tony Stark leavens the character and somehow makes him seem both more accessible and fantastic. Across the board, the other performances are also good, including Don Cheadle and Gwyneth Paltrow, despite not having much to do. Pearce delivers a splendid turn as a villain, and in a nicely sophisticated satiric take on modern-day supervillain terrorists, Ben Kingsley plays a Bin Laden-like mastermind.

As usual, there are twists and turns, acts of betrayal and of treason. Through it all, Downey’s Iron Man teeters between being a reluctant yet vainglorious hero. In spite of being a genius billionaire industrialist, Stark is almost too easily disenfranchised and dispossessed. But then isn't that a typical Iron Man theme, both in the movies and in comic books: exile, degradation, and then redemption? As mighty and superhuman as the Iron Man hero is, he must be assailed and tarnished if he is to return in glory. 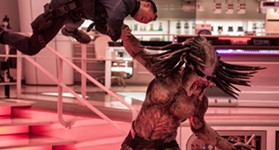 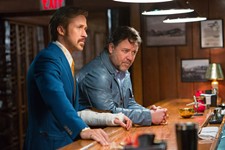