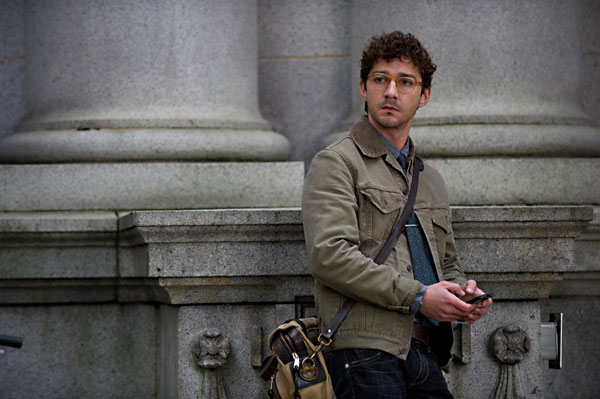 The Company You Keep

Boomers, unite. Amid the fictional superheroes about to swarm into movie theatres this summer comes The Company You Keep, which foregrounds some historical combatants of yore: members of the Weather Underground who went underground for the last 40 years, forging new identities that provided safe cover until the events of the film threaten to expose some of these characters as long-wanted fugitives. Rare in that it offers a wealth of roles for actors around the age of 60, The Company You Keep shouldn’t be construed as a geriatric stroll down memory lane. This chase film combines elements of the thriller and newspaper procedural to create a contemporary saga about political idealism, stone-cold realities, and the repercussions of past deeds on future innocents.

Redford directs this film and lends it the tasteful refinement that has become his signature style as a filmmaker. He also stars in it as a public-interest lawyer in upstate New York named Jim Grant, who is a widower with a pre-adolescent daughter (Evancho). Based on a novel by Neil Gordon, the screenplay was written by Lem Dobbs (Dark City, The Limey), who kicks the film’s ensuing action into gear during its opening sequences. A middle-class housewife and mother (Sarandon), who is actually a long-sought-after Weather Underground fugitive because of a Michigan bank robbery gone wrong, is captured by federal agents while preparing to turn herself in. Newspaper reporter Ben Shepard (LaBeouf), of the Albany Sun Times, starts sniffing around her case, which leads him to question Grant and start closing in on some of the attorney’s deep, dark secrets. (You can imagine if this were 35 years ago, Redford would be playing the role of the dogged reporter, à la All the President’s Men, instead of the pursued. The photo of Grant as a long-haired Sixties radical is actually a picture of Redford from Butch Cassidy and the Sundance Kid.)

The Company You Keep progresses in episodic fashion as Grant goes on the run in an effort to clear his name and then, one by one, hooks up with figures from his radical past. All but his old love Mimi Lurie (Christie) have found ways to integrate into society as useful citizens. Jenkins is a fiery, Frantz Fanon-quoting college professor, Nolte owns a lumberyard that uses sustainably farmed wood, Elliott makes money from stock-market investments. Mimi is the only one who still refuses to compromise her values and bargain for a place within the social system. Overall, there are a few too many platitudinous moments and not enough sizzle, but The Company You Keep reminds us that homegrown terrorism is nothing new, and that the idealism of the Sixties has not gone completely underground. 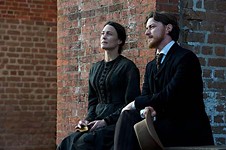 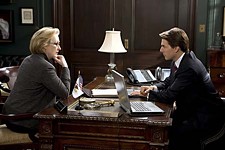 Lions for Lambs
Robert Redford's Lions for Lambs, in which he co-stars with Meryl Streep and Tom Cruise, is a piece of nervy political theatre that argues against individual complacency in wartime.