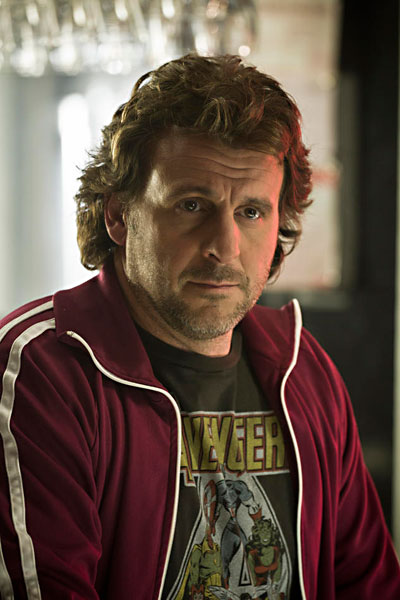 The rights to an English remake of this French-Canadian comedy have already been acquired as a starring vehicle for Vince Vaughn. But that’s not what makes Starbuck a seminal movie. Starbuck is a comedy about semen – specifically that of one man who earned cash by making 693 sperm donations to a fertility clinic in the late Eighties, only to find out in the present that because of a clinic snafu, his contributions have resulted in 533 live births. Now 142 of his offspring have filed a class-action suit to learn the identity of the man responsible for their Y chromosomes, a man known only by the pseudonym he provided at the clinic: Starbuck, which is also the name of a Holstein bull legendary in Canada for his fertility.

What begins as a cute idea grows annoyingly sentimental before it is through. David Wozniak (Huard), aka Starbuck, is an irresponsible 42-year-old, a soccer enthusiast who has a job delivering meat for his father’s butcher shop. David is the first to admit he’s a lousy worker, and although his father and brother chide him about his unreliability, it’s clear they still love this man-child despite his practical shortcomings. David is $80,000 in debt to some shady characters, and his girlfriend Valérie (Le Breton) has just informed him that she is pregnant but thinks he’s too irresponsible to partake in raising the child. It’s a testament to his skills that Patrick Huard manages to make David a likable guy.

David begins looking up his progeny, one by one, to become their guardian angel. He fills in for one as a waiter so the kid can go to a theatre audition; he gets another off heroin; he befriends another living in a nursing facility. The film plays it both ways: He doesn’t want to be a father, but he wants to be in their lives. But, of course, David learns from the experience, and after the trial is over and Valérie delivers their baby, everything ends in a big group hug. It’s a good thing David’s children don’t want college tuition. 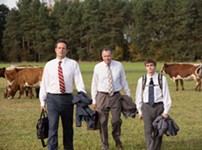 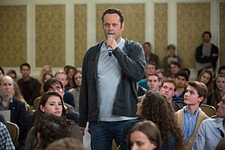 Delivery Man
Vince Vaughn stars in this remake of a sweet Canadian film about a prolific sperm donor whose contributions catch up with him 20 years later.