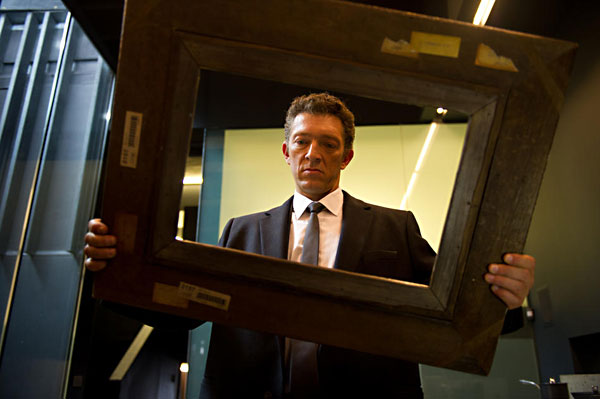 Trance begins with a direct camera address as art auctioneer Simon (McAvoy) walks the audience through the heist of a Goya painting that ended, for him, with a blow to the head and a nasty case of amnesia. That might have been a relief – who wants to remember a traumatic brain injury? – but the whereabouts of the Goya are locked inside his mind, and the team of would-be art thieves, led by Franck (Cassel), will go to any extreme to pry that memory from him. When torture doesn’t do the trick, they turn to a hypnotist named Elizabeth (Dawson), who may be motivated by more than professional curiosity.

Scripted by John Hodge (who previously collaborated with director Danny Boyle on Shallow Grave and Trainspotting, among others) and Joe Ahearne, Trance swerves between moods and motivations, from heist film to dream-logic surrealscape, psychosexual thriller, and amped-up actioner. Problem is, these genres play by different rules and engender different expectations: The cool, kinetic swagger of the opening doesn’t jibe with the soupy hypnosis sequences, while the sex sequences have the vibe of early Nineties, soft-core Sharon Stone. By trying to be all things at once, Trance diffuses the potency of each of its disparate ambitions.

One of the consistencies of Boyle’s eclectic career has been an oversized, sensory-overload aesthetic, but he’s no empty stylist. An almost imperceptible pan down Dawson’s skirt at first feels like a leer, until the pubis becomes a major plot point and that blink-and-you-miss-it camera movement is understood as a calculated confidence about an unreliable narrator. I suspect a second viewing would uncover more information embedded in the mise-en-scène; had Trance – tonally a jumble and disorienting to the point of distraction – rewarded the audience with the pure perfection of a Keyser Söze-like reveal, I’d be more inclined to make the return trip.