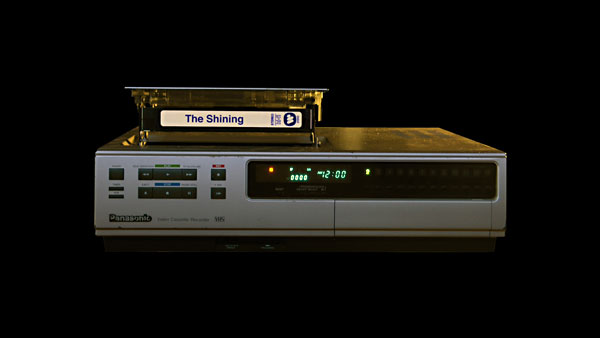 Stanley Kubrick didn’t like to explain his movies, which isn’t to say he didn’t leave plenty of room for interpretation in 2001, Eyes Wide Shut, and The Shining, that eternal terrorizer. There are no hard answers in Room 237, a feature-length, sporadically engaging exploration of the latter, and certainly no endorsement from the Kubrick estate or distributor Warner Bros. (the film opens with a lengthy legal disclaimer). But anybody who’s ever lost days trying to crack the nut of Mulholland Drive or Synecdoche, New York, or Tarkovsky’s Solaris knows that, in that blurred space between textual analysis and conspiracy theory, the questions themselves can be more rewarding than the answers.

What if The Shining were an allegory for the Holocaust? Or Kubrick’s secret confession to having faked the Apollo 11 moon landing footage? Those are just two of the questions posed by Room 237, which bears the term-paper-like subtitle, “Being an Inquiry Into The Shining in Nine Parts.” Room 237 gives voice – and only voice – to five Shining aficionados who share their pet theories about what really went down at the Overlook Hotel. First-time feature director Rodney Ascher never fixes his camera on the five interviewees, relying solely on the audio to narrate footage (and sometimes single frames) from The Shining. Without visual cues matching name to face to interpretation, the narration becomes a kind of indistinct soup of critical theory – or crackpottery, depending on your point of view – and the hermetically sealed sensation it produces is entirely fitting with the material. What’s considerably less successful, however, is Ascher’s use of other movie footage – from All the President’s Men to Faust to Demons 2 – to literalize whatever is being discussed, wherein talk of a boy’s education is paired with a visual of a father reading to his son from Kubrick’s Barry Lyndon, and discussion of dream subconscious is illustrated with snippets from Hitchcock’s Spellbound. I suspect – and given Room 237’s raison d’être, any and all speculation is fair game – that Ascher’s intention was to dynamize an academic exercise, but these constant, sundry inserts render the tone as corny and glib as a VH1 special.

For an interview with director Rodney Ascher, see “Fantastic Fest Is Here to Bash Your Brains In,” Sept. 21, 2012.)