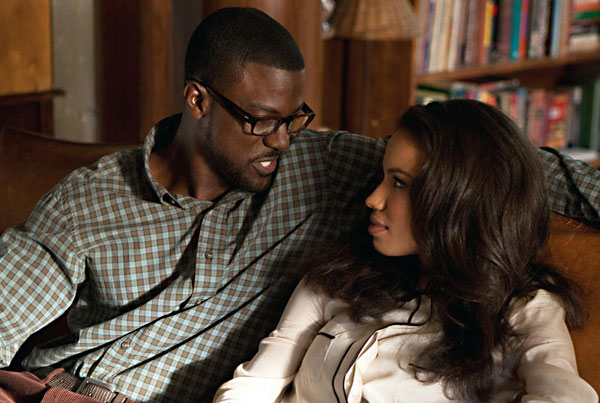 Who needs a screenwriter when you can just let Old Testament-style morality settle the dramatic score? Tyler Perry’s angry God may not smote sinners dead, but He sure leaves them pretty lifeless. Yet prior to their final comeuppance, Perry does a pretty good job of rendering his characters lifeless all on his own.

Perry’s films veer from comedies to melodramas, and he adapted this melodrama for the screen from one of his own plays. Over the years, Perry’s output has remained remarkably consistent and self-sustaining, as if he has never heard the old saw about filmmaking being a collaborative art. In Temptation, Friday Night Lights’ Smollett-Bell plays Judith, a good Southern Christian who moves to Washington, D.C., with the husband (Gross) she married too young. Her job brings her into close contact with an intriguing young billionaire, who has obvious anger issues, although that doesn’t prevent her from straying. The flesh is weak; the heart wants what the heart wants; smart women, dumb choices – who knows? Trust that she’ll be punished by the film’s final chapter. What’s really sinful, however, is the torpor that pervades this morality play.

Apart from its dramatic predictability, Temptation is a snooze because of its languid pacing and rudimentary camerawork. Each actor seems to have been instructed to pause five seconds in between the delivery of each sentence, and the visual framework is serviceable at best. Unnecessary characters – such as Kim Kardashian as Judith’s work friend – further slow down the plot. Perry has now built a media empire from spinning his own wheels. It might be nice if he were to use that security as a basis for developing as an artist instead of settling into a career as a hack.