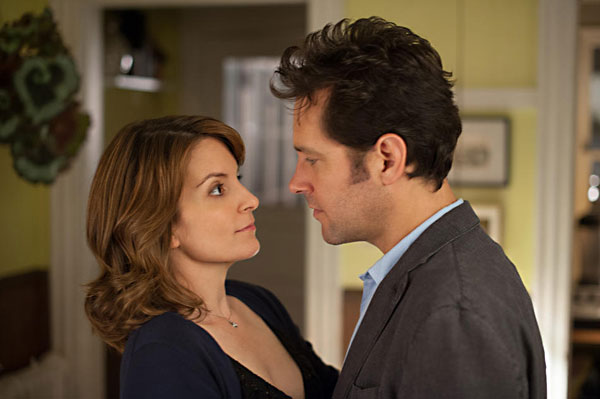 Never finding its right tone, Admission uncomfortably founders between the story’s comic and dramatic aspects and leaves behind a lumpy residue that tars its likable leads, Tina Fey and Paul Rudd. A would-be romantic comedy, the film gets bogged down with harsh realities that are played for laughs and the kind of conventional mommy-trap scenario that Fey has spent her career avoiding.

Fey’s Portia Nathan, a Princeton admissions officer, claims to love her high-pressured job and child-free home life with Mark (Sheen), the chair of the English department. But as she obsessively clips away at the bonsai plant on her immaculate desk, we become aware that something is not right, and when Mark suddenly leaves her for the department’s Virginia Woolf scholar, whom he has impregnated with twins, Portia’s tightly wound life begins to unhinge. Competition to win the position as head of admissions stimulates her to travel off her beaten path and visit a student at the alternative New Quest School in Keene, N.H., while on a swing of Northeastern high schools where she says all the rote things to students that she’s been saying for years. The school’s director, John Pressman (Rudd), has reached out to her to consider the application of his student Jeremiah Balakian (Wolff), who has terrible grades but tests off the charts. John, a humanitarian whose good deeds include the adoption of a Ugandan orphan, has ulterior motives and – mild spoiler alert here – thinks Jeremiah is the child Portia had and gave up for adoption while she was in college.

Portia’s hard-nosed decision-making flies out the window when belatedly faced with the prospect of motherhood, and her professionalism lurches into muddy ethical territory. Then, of course, there’s John, to whom she’s attracted. Many trips back and forth between New Jersey and New Hampshire (which occur in movie time rather than real time) also afford Portia several opportunities to drop in on her mother, Susannah (Tomlin, who is easily the brightest thing in this movie), an old-school feminist who has raised her daughter to remain emotionally independent from men.

Fey, for the first time, has more to do in a movie than merely quip her way through it. Yet the arc of this story, which is based on a novel by Jean Hanff Korelitz, doesn’t need the potential motherhood angle in order to make Portia finally care for a young applicant. This causes the film to veer into standard melodramatic territory, which quickly grows uncomfortable and dreary. Add to that all the panicked students and parents prostrating themselves before the admissions gods in order to get into Princeton, and you have a film that’s surrounded on all sides by twitchy material. Acceptance is a dubious option. 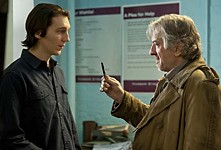