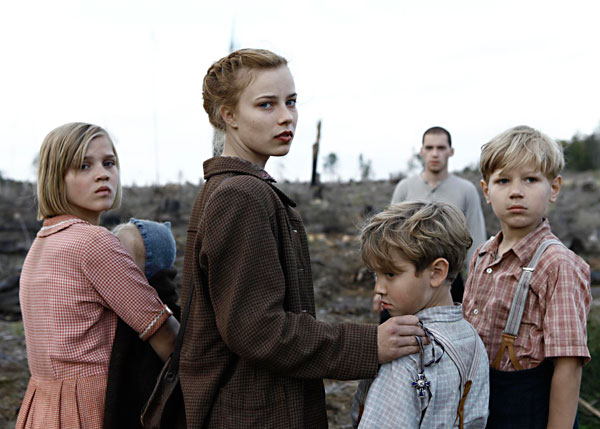 In Lore, Australian writer/director Cate Shortland plumbs deeper into the fascination with teenage girls on the precipice of adulthood that was evident in her 2004 debut film, Somersault. This time, however, in addition to a social and sexual coming-of-age story, Shortland adds the bracing reality of political exigencies. Time and place can determine so much, maybe everything.

In Germany at the end of World War II, as the Russian and American occupying forces were flooding into the country, many “good Germans” retreated to its margins in an attempt to escape detection and capture. A young teen nicknamed Lore (Rosendahl) awakens to the sounds of her mother (Lardi) and father (Wagner) talking downstairs in an agitated hush. A member of the SS, Lore’s father now fears for his family’s safety, so they hurriedly pack to leave for the countryside that night. Before they go, the father shoots the family’s dog so there will be one less mouth to feed. Dad quickly returns to what’s left of the German troops, while their mother tries to hang on. But facing starvation, she puts her remaining cash and wedding band in Lore’s hand, instructs the girl to take her four younger siblings by train to their grandmother’s house some 500 miles away, and then departs with resignation for the internment camp. The five children – one an infant – are on their own.

Thrust into the role of the grownup, Lore understands that she will most likely never see her parents again. But it requires all her strength and ingenuity to cope once they learn that the trains are no longer running. Setting out on foot, the children are eventually befriended by Thomas (Malina), a mysterious refugee also on foot who bears papers that identify him as Jewish. Brought up in the Hitler Youth, Lore despises Thomas on principle, though the difficulties of the journey push her into a strange dance of hate, appreciation, and budding sexual curiosity.

Filmed in short bursts of nature shots and facial close-ups, Lore is as lovely and fragmented as its eponymous protagonist. Through a series of incidents, Lore discovers for herself that not all Jews are evil and not all Germans are good. It’s a harsh truth learned through harsh circumstances. As her simplistic, Manichean worldview is gradually stripped from her, this Nazi child begins to see life’s complexities. Although there are moments that push the story a bit beyond credulity, Shortland has created something remarkable by forcing us to find within ourselves sympathy for this would-be Aryan princess. 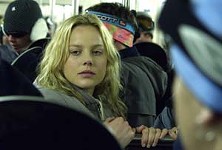