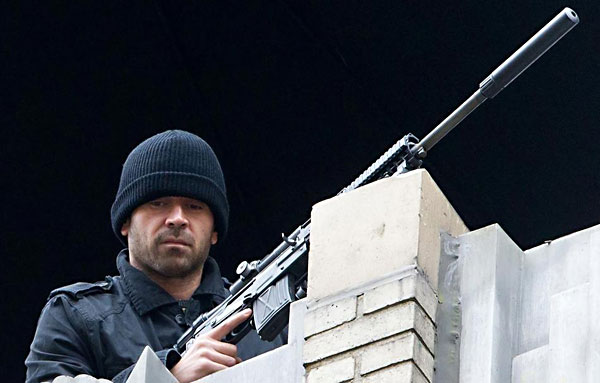 It’s counterproductive, yes, to wonder what might have been, and yet: What would it have looked like if someone like James Gray (The Yards, We Own the Night) – with his facility for immigrant turf wars and devastating stylizations that enhance, not drown out, the narrative – had helmed Dead Man Down instead? The Danish director Niels Arden Oplev, who filmed the original Girl With the Dragon Tattoo and makes his English-language debut here, doesn’t share the same affinity for nuance or depth of character. Indeed, when an early shootout erupts with a reggae-beat score, it’s clear this director sees carnage as nothing more than an opportunity for music-video production values.

Scripted by J.H. Wyman (The Mexican, TV's Fringe), Dead Man Down derives most of its tension the wrong way: by needlessly overcomplicating plot delivery. This isn't edge-of-your-seat stuff – it's scratch-your-head – but it isn't revealing too much to say that the forever-underused Colin Farrell is the best thing about this sorely lacking thriller. He plays Victor, a tormented second lieutenant to Terrence Howard's vaguely defined crime boss. Noomi Rapace, Oplev's original Lisbeth Salander, is Beatrice, a damaged soul living in the apartment across from Victor's, weirdly done up in midriff-baring printed shirts that recall hospital gowns. They make eyes across the alleyway and eventually meet for a first date that hard-turns into something of a mutually beneficial arrangement, à la Strangers on a Train. The allusion to Hitchcock, alas, is fruitless: While the film's revenge fixation was certainly in Hitch's wheelhouse, the master of suspense never needed heavy ordnance to get his point across. 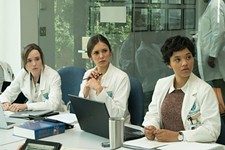 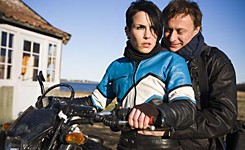 The Girl With the Dragon Tattoo
This Swedish film is an icily sleek masterwork of sustained suspense, much like Noomi Rapace's visceral, envelope-pushing performance.