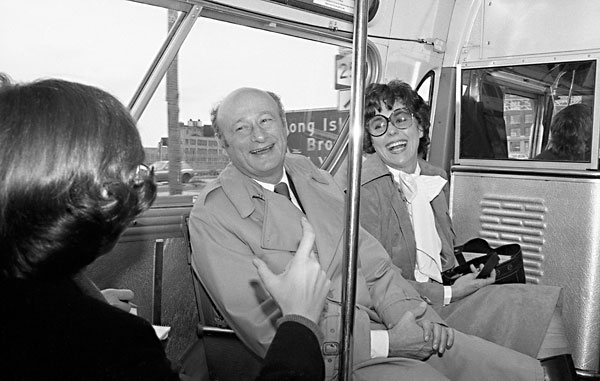 Koch, a documentary portrait of the 105th mayor of New York City, isn’t going to change anybody’s mind about Ed Koch. Those that revere him as the man who brought the city back from the brink of bankruptcy and as the architect of a public housing boom will enjoy the film’s archival dip back into each year of his reign from 1978 to 1989. And those that still begrudge him for his blunders in office (some admitted, most not), like reneging on his promise to keep open a historic Harlem hospital and enraging the black community in the process – a “terrible mistake,” Koch conceded decades later – will only find more grist for the mill here. In his mid-80s at the time of filming (he passed away on the eve of the film’s New York premiere), the elderly Koch hasn’t softened or simplified: He’s still a bully with a braying laugh, shouting down anyone who disagrees with him, and he’s still a bawdy wit with a formidable passion and patriotism for his city.

The former mayor is an alert onscreen presence, but the film surrounding him is not always so lively. First-time feature director Neil Barsky and editor Juliet Weber assemble reams of archival footage into engrossing, time-capsule captures of New York City, ever-molting, but the jump-forwards to present-day Koch – vignettes of him visiting his future gravesite, making toast with jam – happen capriciously and are not always terribly engaging. Much as the answer to Koch’s catchphrase question – “How’m I doin’?” – could change minute to minute, depending on whether his latest move was brave, bold, or belligerent, this comprehensive portrait of Koch can’t quite hold a steady level of interest.