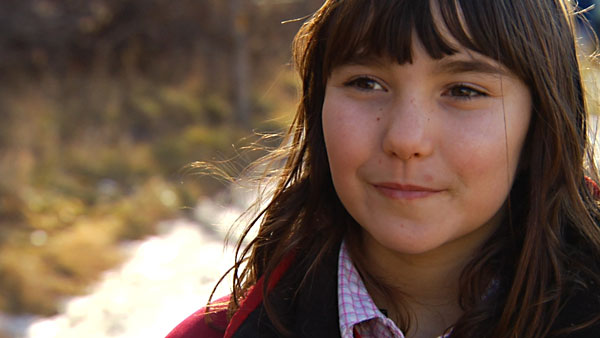 “We’re in denial about hunger in this country,” says the actor Jeff Bridges, one of the well-chosen speakers in this documentary about the issue of 50 million Americans who suffer from “food insecurity.” Our government is in denial, he says, but so are the victims. Few are willing to publicly confess their hunger or undernourishment or place it on display. And the problem is kept hidden as long as charitable food banks and soup kitchens continue to disguise the depth of the hunger. A Place at the Table confronts the issue head-on and offers some solutions.

”Food insecurity” – meaning, essentially, not knowing where your next meal is coming from – is a term I was unfamiliar with prior to watching this documentary, but it’s a nationwide epidemic. This film makes a lot of cogent arguments about why a country that produces food in surplus has citizens who go to bed hungry. The problem lies in food distribution rather than production, a problem that is bound up with agricultural subsidies, a New Deal tool devised to help individual farmers, but in the present day, has become integral to the corporate agribusinesses which have bought up and consolidated family farms. The agribusinesses, in turn, use subsidies to support production of the grains and other items used to manufacture processed foods. According to A Place at the Table, the obesity epidemic in the U.S. began in the Eighties as the prices of fruits and vegetables (which are still grown largely by smaller farmers) went up and agribusiness took over. The solutions lie in social programs that not only address food disparity, but the economic disparities that underlie so much of the problem.

A Place at the Table puts forth a great amount of information in a – dare I say – palatable manner. Animated facts, figures, and diagrams encapsulate ideas, while a strong focus on individual speakers suffering from food insecurity makes their situations palpably real. However, the strongest point made by the film is that hunger is a problem endemic to our social system, and it’s a problem that will not be served up in a soup line, one meal at a time.

A Place at the Table, Kristi Jacobson, Lori Silverbush