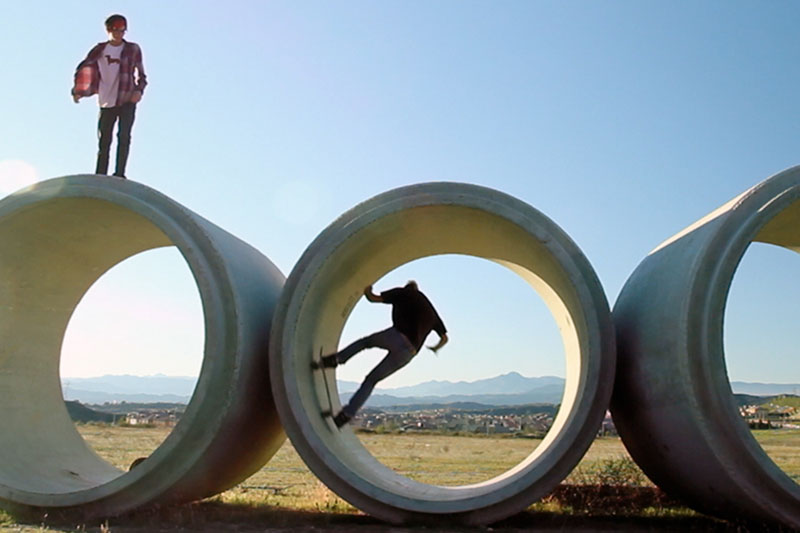 You couldn’t pay me to be a teenager again, but that doesn’t mean I don’t sometimes run a home movie of those days in my mind – days that were largely foot-bound and unwatched by adults, toeing through abandoned construction sites, and spending long hours just learning how to be in the world. Only the Young, a gorgeously shot documentary impression of that wandering age, has a tight focus and a geographical specificity (it’s set in Santa Clarita, Calif.), but in capturing the sensation of youth-on-the-verge, it feels exactly like those home movies in my mind – and, I suspect, in yours, too.

Just a few years removed from the age of their subjects, the twentysomething directorial team of Elizabeth Mims (an Austin native) and Jason Tippet follow three friends with a complicated dynamic: Garrison is the linchpin, sweet, sensitive, and catnip to girls; Kevin is his best friend, a competitive skateboarder whose inner life hints at a turmoil he doesn’t know how to articulate; and tough, plain-spoken Skye, Garrison’s not-quite girlfriend and a person of interest to Kevin, too. There is no voiceover narration and no interviewee asking leading questions, but all three teenagers confide to the camera; their unselfconscious and nonperformative ease suggests a lot of unseen work on the part of the filmmakers earning their subjects’ trust.

With the grandiloquence of youth, one of the boys assesses their place in Santa Clarita thusly: “Children are the gods of this city.” Oh, but what a crumbling empire they rule over, skeletoned with foreclosed homes, stagnating pools, and abandoned miniature golf courses – a bane perhaps to residents, but a visual boon for the filmmakers. Only the Young is at its most engrossing when simply observing the trio in these environs. Garrison and Kevin, both skateboarders, are kinetic on camera: Pool skating and barrel rolling and hurling themselves off of roofs, they are forever in motion, while not actually going anywhere, in an apt and unforced metaphor of the in-between years post-childhood and pre-adulthood.

Watchful and unbound by a neatly diagrammable narrative arc, Only the Young doesn’t try to say anything definitive. You might even wonder what’s so special about these three kids. Their concerns – first love, financial stress, questioning of faith, and an uncertainty over the future – while worthy, are not uncommon. And yet that is what is so very remarkable about the film: In a slim 72 minutes, it heart-tethers us to these teenagers, paying tribute to their unique and private selves while allowing the audience to see its own reflection in them.

For an interview with co-director Elizabeth Mims, see “Angst Is Their Co-Pilot,” February 22. Mims will also be present at this weekend’s screenings.

READ MORE
More Only the Young 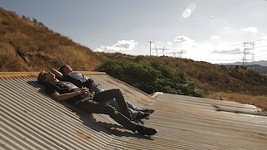 More Only the Young 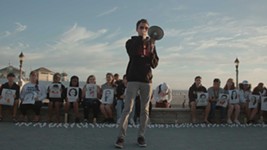 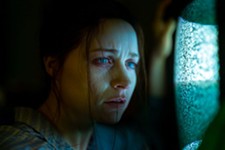