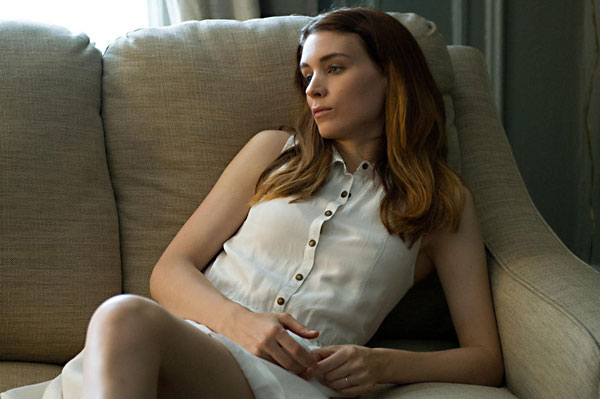 Steven Soderbergh claims this is the last movie he intends to make – at least for a good, long while – so it’s nice that the filmmaker leaves us with this sterling example of his skills and talent. Side Effects begins as if it were a modern-day “problem” movie, but then morphs into a curious murder mystery in which the question is not whodunit but, rather, whydonit. It’s just one of the jagged turns the movie takes on its road to resolution. The twists are so game-changing that they make it difficult to discuss with people who have yet to see it.

Soderbergh and his Contagion screenwriter Scott Z. Burns judiciously dole out information that may cause you to slap your head and holler “Enough!” by the time their third-act revelations occur. But dammit, even though you feel as though you’ve been a little bit yanked around, the plot works – and with stellar performances and deft camerawork (shot by Soderbergh under his frequent pseudonym, Peter Andrews), Side Effects is a smart, effective thriller.

Even though the film’s opening shot tracks the blood trail of an unknown victim across a handsome apartment, Side Effects quickly loses that scent as it becomes wrapped up in its story about the pitfalls of antidepressants, fiscal misfortune, and general depression. Emily Taylor (Mara) is the twentysomething New Yorker whose debilitating depression reoccurs just as her husband (Tatum) is released from a four-year jail stint for insider trading. Following a suicide attempt, she comes under the care of psychiatrist Dr. Jonathan Banks (Law), who prescribes one antidepressant after another in a search for one that works. The film eventually shifts its focus from Emily to Jonathan, whose family, practice, and reputation come under attack for a diagnosis gone bad. Zeta-Jones plays another pill-pushing psychiatrist who treated Emily several years earlier. Mara (The Girl With the Dragon Tattoo) and Law are particularly well-cast. She seems as dispassionate as he seems taut and stressed. And then, just as you become resigned to Side Effects’ blitz against our society’s willingness to seek personal solutions in pills, the narrative veers sideways into the investigation of a murder. You never really see any of it coming, which is what makes the film such a marvel – and so difficult to discuss.