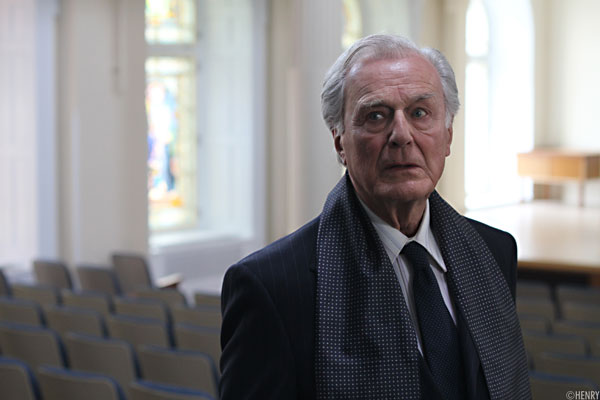 More than any other Oscar category, shorts recognize the talents of filmmakers who also toil in other fields. This year’s Live Action lineup honors a group of directors who’ve had successful careers in advertising, acting, recording, and arts activism. All serious dramas, the five selections also share certain themes – childhood, aging, and geographic diversity – with Best Picture nominees Beasts of the Southern Wild, Amour, and Zero Dark Thirty. Four focus on characters who are either under 12 or over 80, and the fifth dramatizes the afterlife of a soldier killed in his prime; all but one were filmed outside the United States.

The cream of the crop is Québécois actor Yan England’s “Henry,” an initially mysterious portrait of an elderly pianist (a character inspired by England’s late grandfather) who suddenly finds his life turned upside down. The less said the better; this self-funded endeavor is a beautifully executed, insightful film about a painful subject. Vying for runner-up are “Curfew,” directed by and starring Shawn Christensen (of the band Stellastarr*), and “Asad,” from commercial director Bryan Buckley. In the former, a Brooklyn man’s suicide attempt is interrupted by his estranged sister, who needs a babysitting favor. Though situationally similar to Louis C.K.’s show Louie and quoting heavily from the paintings of Jacques-Louis David, “Curfew” is gorgeous and witty in its own way. “Asad” – a far cry from Buckley’s Super Bowl ad for Best Buy starring Amy Poehler – is the surprisingly humorous story of a Somali boy who must choose between the life of a fisherman and a pirate (not a fun, whimsical pirate, but a modern, murderous one).

The other nominees are no less masterful in their visual flair. The Belgian-French production of Tom Van Avermaet’s "Death of a Shadow," about a soldier from World War I who’s become unstuck in time, posits a surreal new theory of the afterlife, but I had a hard time warming to its fetishization of old-fangled steampunk doohickeys. Better is Sam French’s "Buzkashi Boys," shot on location in Kabul, the first project of the Afghan Film Project, a nonprofit NGO the director founded to support the film industry in that country. Capturing the daily adventures of two impoverished youths who dream of growing up to play the national sport, buzkashi, French’s film presents a side of a war-ravaged country that's rarely seen.