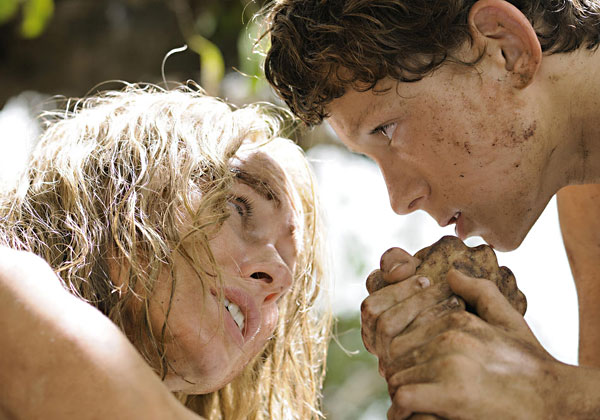 First, to dispel the two talking points attending The Impossible, Juan Antonio Bayona’s dramatization of the 2004 Indian Ocean tsunami: No, it’s not racist, and no, you don’t have to be a parent to feel the film in your bones.

The Impossible begins two days before the disaster, when a British family of five – Henry (McGregor), Maria (Watts), and their three young sons – travel to a high-end resort in Thailand to celebrate Christmas. Based on a true story, but dressed with the usual cinematic embellishments (the real-life family is Spanish, for instance), The Impossible tracks what happens two days later, when a 30-foot wall of water crashes into the mainland and rends the five family members apart. To depict the immediate aftermath, Bayona and scriptwriter Sergio G. Sánchez home in on Maria and her one-breath-at-a-time struggle to stay alive in the rushing waters now live-mined with downed trees and jagged debris.

The Impossible harrows like no other film in recent memory, from its visceral depiction of the natural disaster to an intensely emotional landscape of lost children and boundless kindnesses done by strangers. The film never aims at comprehensiveness – the setting is a tourist resort, with a largely Anglo clientele, and the even larger devastations in Indonesia, India, and Sri Lanka are seen only on a background TV – but as a tight close-up on one family’s fevered scrabble to survive and reunite, The Impossible had me on such tenterhooks, my teeth chattered from trying to swallow back sobs. It’s a mess-maker, this movie.

There are missteps. The material is so innately powerful – and so potently portrayed, especially by Watts and newcomer Tom Holland as the resourceful eldest son Thomas – that it needles when Bayona gilds the lily with forehead-slapping missed connections and heart strings overplucked (see: usual cinematic embellishments). Bayona’s first feature effort was the well-received 2007 horror film The Orphanage, and he’s carried over some of that genre’s techniques to the telling of this true-horror story. It’s an interesting and mostly effective tack; most real-life disaster dramatizations go the way of the more respectful-seeming docudrama. But at times the horror beats – a Jaws-like shot from the ocean’s perspective, a soundtrack not shy of shrieking violins – border on the lurid. Those violins were redundant: The diegetic soundscape of nature on a rampage has already curdled the blood. 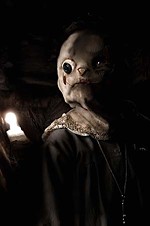 The Orphanage
Although Guillermo Del Toro is the producer, this new Spanish horror film is derivative and not on par with Del Toro's spooky childhood stories.