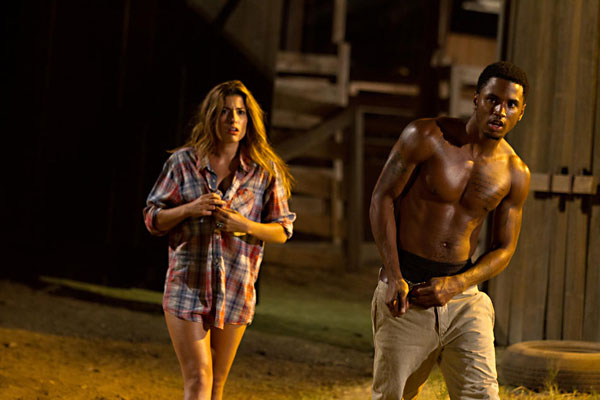 Of all the remakes, reboots, and sequels of The Texas Chain Saw Massacre, which was first made in 1974, this new film is the one that picks up right where the original film ends. However, even though the legend of the cannibalistic Sawyer clan still grabs our attention, this new film survives on its formulaic horror mechanics and the powerful image of a chain saw wielded in 3-D.

The new film opens with the closing scene of the original, showing the lone massacre survivor making her final getaway in the back of a pickup truck. Now we get to see what came next: An angry mob of townsfolk defy the local sheriff and burn down the Sawyer farmhouse, presumably killing the cannibalistic clan. But a baby girl survives, and a married mob couple scoop up the child and raise her as their own. Twenty years later (never mind that the actual math works out to nearly 40 years later) the girl, Heather (Daddario) is living in another town and working in a supermarket meat department. Unaware that she is adopted, she receives a letter informing her that she has inherited a house in Texas from a grandmother she never knew she had. Off she heads in a VW van with her boyfriend (R&B artist Trey Songz) and another couple, as well as a hitchhiker they pick up along the way, to scope out her new acquisition. Her companions never register as more than cannon fodder, and these nincompoops, of course, go into the basement and unlock what’s hidden behind a heavy, metal door. It turns out that Leatherface (Yeager) also survived the fire.

Much running around in the cemetery and woods that abut the house ensues. Leatherface lopes along with his chain saw and is nicely backlit for that haunting effect. Daddario wears a midriff-bearing top throughout the first half of the movie and then a shirt that won’t stay buttoned shut during the second half, while her pal Nikki (Raymonde) wears short-shorts that she’s quick to take off. The twist in Texas Chainsaw is revealing the hideous mob mentality of the townspeople, who are vicious in their desire to rid themselves of Leatherface. So ruthless and hateful are the townsfolk that Heather comes to sympathize with her cousin Leatherface – despite the fact that he killed her four companions and sews human skin onto his face. It’s a large psychological leap that’s, shall we say, hard to swallow. However, stick around through the credits for an extra closing scene that leaves the door of Heather’s new home wide open for a sequel. 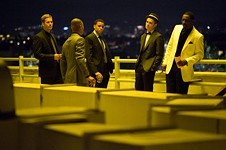