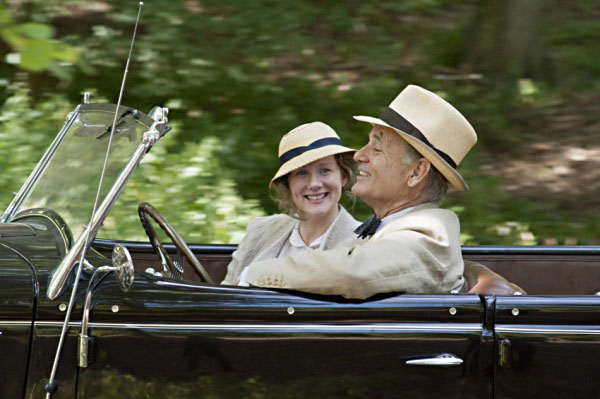 These days, most revelations of sexual infidelities and dalliances engaged in by our political leaders have lost their power to shock or even mildly surprise us. So common are the disclosures and so omnipresent are our media updates that we have grown inured as a society to such naked truths. Yet, there’s something indecorous about this glimpse of Franklin Delano Roosevelt as a presidential rake, a serial adulterer who carried on multiple and simultaneous affairs with women other than his wife, Eleanor (who’s been subject to a whole different set of sexual rumors). It’s not exactly tawdriness we experience as we watch FDR’s personal automobile bob up and down in a distant field of flowers after he has placed his cousin Daisy’s hand on his inner thigh. It’s the ordinariness of the act, the sight of a president as a cliché, that makes it seems as though we, too, have copped a feel of the presidential scepter.

The Roosevelt family home in Hyde Park on Hudson in New York state is one of the spots FDR (played by Bill Murray in a visionary bit of casting) decamped to when he escaped Washington, D.C. The household is under the command of his domineering mother (Wilson), who is the one who launches FDR’s affair with Margaret “Daisy” Suckley (Laura Linney) when she invites the president’s sixth cousin over to “keep him company.” Hyde Park on Hudson is based on the letters found underneath Suckley’s bed when she died at the age of 99, which revealed the affair she had kept secret until her death.

Screenwriter Richard Nelson casts the film’s disclosure of this relationship against the backdrop of an event of greater historic significance, which occurs over the the course of one weekend in 1939. England is on the precipice of entering World War II, and the newly enthroned King George VI and Queen Elizabeth (yes, the same royals who found Oscar glory in The King’s Speech) are making an unofficial visit to the president in order to seek America’s support for the war. Roosevelt astutely has them come to his boyhood home in New York rather than the nation’s capital, since isolationist sentiments are widespread across America at this point. Roosevelt further makes the case for unity between the two nations by insisting on a photo op of the king eating a hot dog.

Daisy narrates the film through a recurring voiceover, though the film never explains how her point of view could be vast enough to repeat the conversations that occurred in the king and queen’s bedroom and FDR’s private study. That’s just sloppy storytelling. Worse is that Linney, who is usually so marvelous, gives a performance in this film that lacks definition and personality. Mostly what remains is the stunt casting of Bill Murray, which works so much better than it has any right to. Not only is his a charming and believable performance, but Murray also enlivens the character with a touch of comic wit and effervescence. When Murray’s around, he’s the only hot dog in the room. 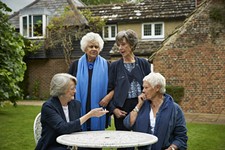