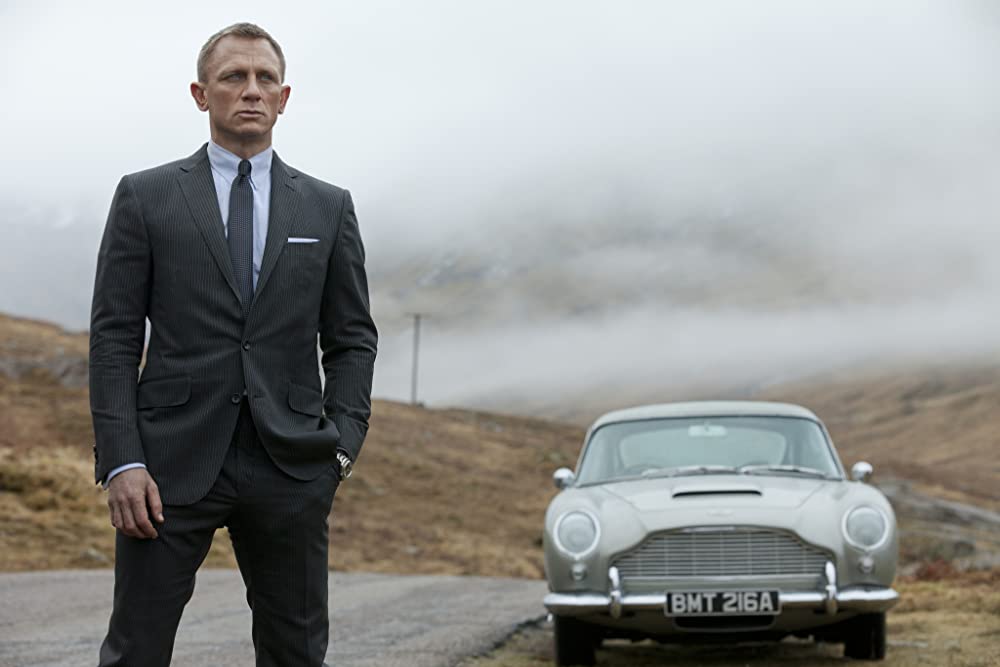 What’s in a name? Lately, less and less. With Daniel Craig’s third go at 007, I’m not sure there’s much left that distinguishes Bond from Bourne from Batman. They’re all slurping from the same soup – think: death-haunted, self-righteous, tight-lipped and -quipped, parkour enthusiast. That isn’t to say there isn’t entertainment to be had in Skyfall – there’s giddy gobs of it, in fact – but whither the insouciance, huh? That unflappable cool? In a terror-obsessed geopolitical landscape, perhaps it’s inevitable that we see the 21st century Bond sweat. And yet: This guy’s even grim about getting laid.

Noted killjoy Sam Mendes (Revolutionary Road, Road to Perdition) might seem like a counterintuitive addition to the series, but it turns out he’s aces with action staging and set-pieces soaked in local flavor – a rooftop motorbike race above a Turkish bazaar, and a Shanghai skyscraper that makes clever use of that city’s scrolling neon advertisements. More predictable is that Mendes, working from a script by Neal Purvis, Robert Wade, and John Logan, would make the film top-heavy with character psychology. Though there’s much to applaud in the promotion of MI6 chief M (Dench) to leading player and plot engine, the filmmakers’ belabored emphasis on oedipal issues does a disservice to Dench’s steely turn as the head of Britain’s Secret Intelligence Service. Then again, it’s just about an even trade for the sheer pleasure of Javier Bardem – the franchise’s international baddie du jour, a blond-coiffed rogue agent seeking revenge on M – murmuring “Mommy’s been very bad” with his sibilant, snake’s flicking tongue. Other supporting players – Naomie Harris’ junior agent Eve, Ben Whishaw as gadget-whiz Q, and Ralph Fiennes’ security minister Mallory – further goose the glum, and there’s real gleam and wit to the film when they’re around.

There is also the contribution of cinematographer Roger Deakins, the regular right-hand man with a camera of both Mendes and the Coen brothers. Not to undersell the originality of his vision, but the sentimental heart of a cinephile can’t help but swell at a late-in-the-film shot that recalls the flame licks and sparks of Days of Heaven and the otherworldly chiaroscuro of Murnau’s Sunrise. Deakins’ visuals make startling artistry of even the so-called “shoe leather” – the getting from here to there transitionals – as when the camera holds on Bond as he takes a long (very long) gondola ride to a Macao casino. Bond stands ramrod, all-business, for the duration of the water-crossing, and the effect is at once silly and emblematic of the film’s humorlessness about its hero. Would it kill him to just sit back and enjoy the ride?