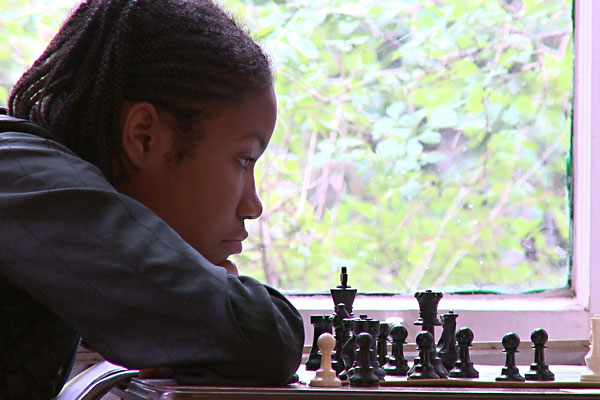 The chess geeks at most schools might occupy the bottom rung of the social ladder, but at Brooklyn's I.S. 318 – which holds more national chess titles than any junior high in the country – "the geeks are the athletes," says Assistant Principal John Galvin. With a majority of its students living below the poverty level, I.S. 318 has developed a unique formula for achievement that relies heavily on afterschool programming to keep kids engaged. While the school's trophy case is a testament to that formula's success, the charismatic stars of this documentary – including Rochelle, who at just 13 years old is within reach of becoming the world's first female African-American chess master – reveal the less obvious benefits and hardships of such a program, which challenges students not just intellectually but also emotionally as they juggle school and family pressures, as well as their commitment to winning. Set against a backdrop of deep budget cuts and high-stakes testing, this story makes an eloquent plea for the crucial but endangered role of afterschool programs in public education.

An earlier version of this review appeared in the March 16 issue after the film had its world premiere at South by Southwest 2012, where it received the Audience Award in the Documentary Spotlight category.