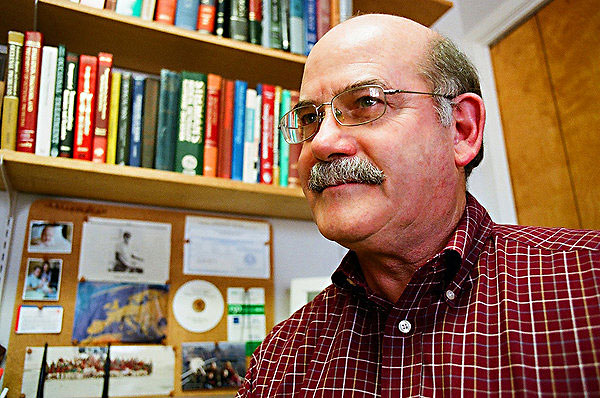 As goes Texas, so goes the nation – at least that’s true in the matter of selecting which textbooks are to appear in public-school classrooms across the land. Because of its size and population, the choices made by officials in Texas (and California) strongly influence the nature of what is produced by textbook publishers and, consequently, what is available for purchase in the 48 other states. This is one time Texas can’t keep its weird political landscape to itself: What happens in Texas doesn’t stay in Texas. When it comes to textbooks, what happens in this state is of national concern. Nothing less than the education of our nation’s next generation of citizens is at stake.

Fortunately, Scott Thurman’s timely documentary is now available to break down this bewildering muddle. Meeting every 10 years to select the state’s textbooks, the 15-member Texas State Board of Education has become, in recent decades, ground zero for the ideological battle between creationists and humanists. The last go-’round was particularly contentious, and Thurman was there with his camera to record the circus. First it was the battle over “intelligent design,” but that was chucked as too overtly religious, and the war then degraded into a battleground of language and small erosions that had the cumulative effect of an avalanche. The Revisionaries puts its focus on several of the key players in the debate. Board Chairman Don McLeroy, a dentist and Young Earth creationist, is the film’s key agitator, who, during the course of the film, is stripped of his chairmanship and defeated for re-election in the Republican primary (suggesting, perhaps, that even Republicans had had enough of his doctrinaire ideology). Another member of the religious right who gets a lot of screen time is Cynthia Dunbar, a professor of law at Jerry Falwell’s Liberty University. On the other side of these culture wars is Kathy Miller, president of the Texas Freedom Network, which fights against the encroachment of religion into matters of state, and Ron Wetherington, an anthropology professor from Southern Methodist University who is an expert on evolutionary theory and a textbook reviewer for the board.

All the wrangling over language can seem petty and headache-inducing to the uninitiated. And if the battle over the discussion of evolutionary theory in the classroom seems heated, that’s nothing compared to the firestorms that erupt when the board moves on to the state’s social studies textbooks. Thurman tries to refrain from taking sides, and, as a result, the film provides some insight into the way each side thinks. Nevertheless, the pervasive music score by Mark Orton lacks subtlety. Back to the timeliness thing, though – due to redistricting, every position on the Texas State Board of Education is up for election on the November 2012 ballot. See The Revisionaries and become better informed about the subject, and then remember to cast your vote.