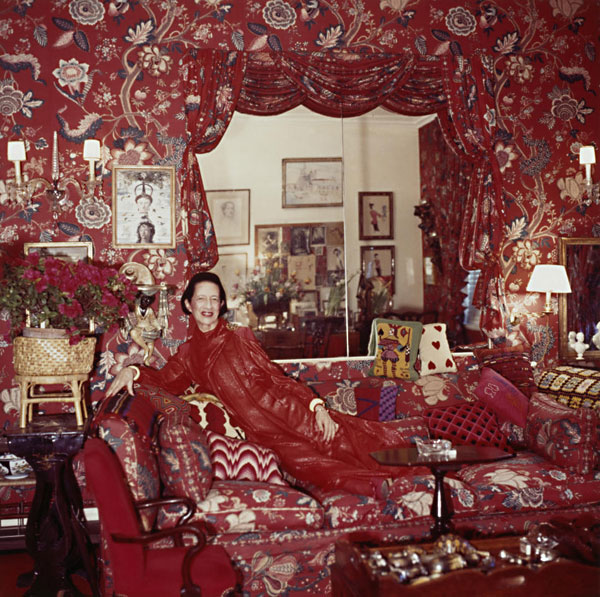 Diana Vreeland: The Eye Has To Travel

Je ne sais quoi doesn’t quite cut it, although French was Diana Vreeland’s first language. The visionary fashion editor of Harper’s Bazaar and later editor-in-chief at Vogue had that elusive, irreducible “it” quality, yes, but even more so: She knew what “it” was going to be before anyone else. Or maybe she invented “it,” and the magazine-buying public simply did as they were told.

Filmmakers Lisa Immordino Vreeland (the subject’s granddaughter-in-law, though the two never met), Bent-Jorgen Perlmutt, and Frédéric Tcheng cast voice actors to perform from a transcript interview between Vreeland and another 20th century cultural icon, George Plimpton, in an aesthetic choice that squares spiritually with Vreeland’s own marvelous theatricality, but still puts the stink of fakery on the film from the word “go.” (“At least it wasn’t a dramatic reenactment,” the documentary purist sighs.) The filmmakers have done a fine job corralling so many fantastic tales from Vreeland’s life – her flair for self-mythologizing enlivens a story about how Wallis Simpson purchased three nightgowns from her on the eve of a weekend getaway with the king, after which he gave up the crown. (“My little lingerie shop had brought down the throne.”) And they cull together more fantastical tales, too, as in Vreeland’s childhood remembrance of a Charles Lindbergh flyby that historically could never have happened. The filmmakers leverage the Lindbergh faux-memory as an animated coda that’s both sentimental and dowdy – a disappointing counteraction to the absorbing material and stylish presentation that preceded it.