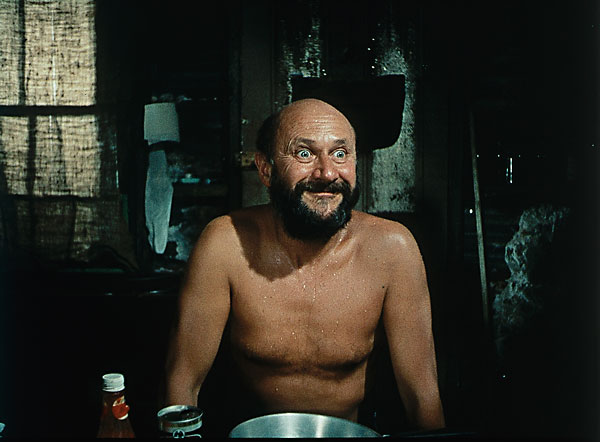 This long lost Aussie daytime nightmare dates back to 1971, the same year Nicolas Roeg's seminal Walkabout arrived in theatres. Director Ted Kotcheff's Wake in Fright is the more compelling of the two, and this restored version might well be the most intense 116 minutes screened during the recently completed Fantastic Fest 2012. Roeg's film – and career – have sailed on to auteur-level acclaim. Not so much Kotcheff’s, but he’s nonetheless carved out a successful career in Hollywood as a TV director and longtime executive producer of Law & Order: Special Victims Unit, and he’s helmed the likes of such Seventies and Eighties semi-classics as The Apprenticeship of Duddy Kravitz, Fun With Dick and Jane, North Dallas Forty, First Blood, and Weekend at Bernie’s. Really, it’s unfair to compare the two (Kotcheff is Canadian, actually), but the two directors’ divergence at the arthouse speaks volumes about where we were as cinephiles at the end of the Sixties, and where we are now.

Wake in Fright is an unflinching portrayal of modern man's moral disintegration in the face of the collective mob, and his ensuing culpability in the ever-widening ripples of despair that dissolution engenders. Or, to put it more succinctly, small towns breed small minds, and suave, intellectual urbanity is no match for the primordial urge to drink, fight, and fuck shit up beyond all hope of repair. (If that's not a truism echoed and magnified by every single moment of today's 24-hour news cycle, I don't know what is.)

Gary Bond is riveting as John Grant, a blandly handsome schoolteacher who runs into Deliverance-style trouble in the boozy hellhole of Bundanyabba (known as "the Yabba" to the locals). He's on holiday and heading to Sydney to meet up with his girlfriend for a surfside frolic when he stops off at the Yabba. Talk about your wrong turns. Grant is welcomed, warily at first and then with increasingly uncomfortable enthusiasm, by this outbackwater's bleary band of all-male sociopaths. (The few female characters on display here are a cowed, miserable lot.) By degrees, amid the oven-harsh heat and cinematically epic surroundings of miles upon miles of sunbaked nothingness, these boisterous sociopaths divest poor Grant of his money, his mind, and, eventually, his very humanity.

The notion that civilization is, in reality, a house of cards built upon a swerving foundation of shit isn't exactly new, but Bond is so pathetically out of his depth here that it's impossible not to cringe with every new flensing of his self-supposed superiority over the Yabba's wicked, wicked lot (among them a rollicking, freakish Donald Pleasence as the town sawbones).

Kotcheff, working from a novel adapted by Modesty Blaise screenwriter Evan Jones, ratchets up the sick humor and ghastly ribaldry to nail-biting heights. It all culminates in a kangaroo snuff movie sequence that'd probably make PETA spokesperson Morrissey hang the projectionist, never mind the deejay. Definitely not for the squeamish, Wake in Fright is calibrated for maximum psychic impact. Its madness is viral and disconcerting. Truly, you're going to want a stiff drink and a hot shower, or a noose, after visiting the Yabba.

An earlier version of this review appeared online Sept. 13 as part of our Fantastic Fest coverage. 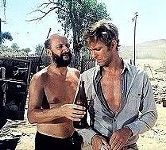 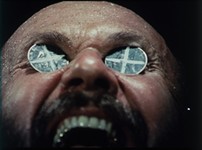 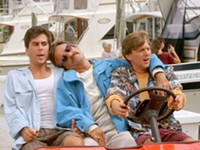 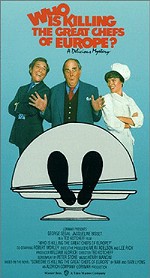 Who Is Killing the Great Chefs of Europe?
It’s a deliciously evil idea – kill the great chefs of Europe using their own specialties as the recipes for their murders. One’s head is ...