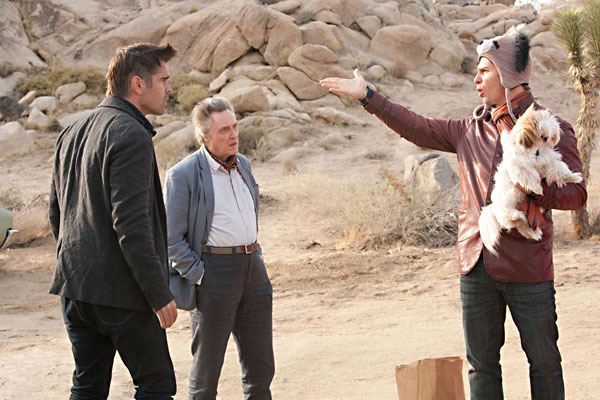 Do I really have to write anything other than the cast list above? Because that sums up the crazed glory of Seven Psychopaths far better than any critical fawning I could pen. Christopher Walken, Tom Waits, and Harry Dean Stanton? Damn, just garrote me now because I can't imagine it getting any better – or weirder – than this, ever. And McDonagh, director of In Bruges, pulls it off: a Southern Californian, sun-blasted odyssey that skitters from one rocky outcropping of narrative improbability to the next, until a kind of sublime summit is reached and you can look down into a valley littered with conjoined storylines and subplots, bodies and gallows humor. This is a very smart comedy about very dumb people doing really awful things to one another. And it's been scripted by one of the best new voices in the business – a chorus of madmen, really – McDonagh himself.

To assist in keeping the deeply convoluted plot as revelatory as it is, I'll bypass specifics and simply say that McDonagh has given Farrell one of his juiciest roles in years, and Farrell staggers with it all the way. He plays alcoholic Hollywood screenwriter Martin, who has a germ of an idea for the titular script but can't seem to nail down the specifics. Helping him out (or goading him on) is Rockwell's goofball wing nut Billy, a psychopath in his own right – or possibly not. McDonagh uses meta-stories within stories, some of which are drawn straight from Martin's imagination, and some not. Often it's hard to discern reality from fantasy in Seven Psychopaths, but honestly, how well does anybody really know what their friends are up to when they're not around?

That's one of the key themes McDonagh plays around with here: our ultimate inability to see what's coming right around the corner. And when it comes to bizarro cornering strategies, no one's ever been better than Christopher Walken, here cast as a low-level kidnapper of pampered pooches, whose wife is dying of cancer. It's an amazing, nuanced, emotional, and drop-dead funny performance from an actor who too often gets written off as a professional eccentric. (I'm going to go out on a limb here and say his recent Funny or Die sketch with comedian Richard Belzer and a pair of Robert Palmer's "Addicted to Love" modelettes isn't going to help change that impression.)

Seven Psychopaths isn't a great movie – there are stretches where it has too much going on for its own good – but it is an inspired, strange, and occasionally choke-on-your-popcorn funny ensemble piece that, frankly, blows just about every other current comedy out of the water. And that's all I ever really ask for. 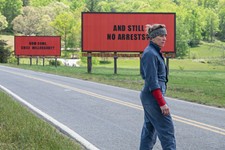 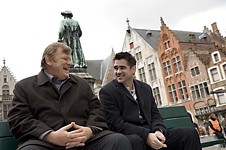 In Bruges
Playwright Martin McDonagh directs his first feature film, which is about a couple of hitmen caught between heaven and hell.