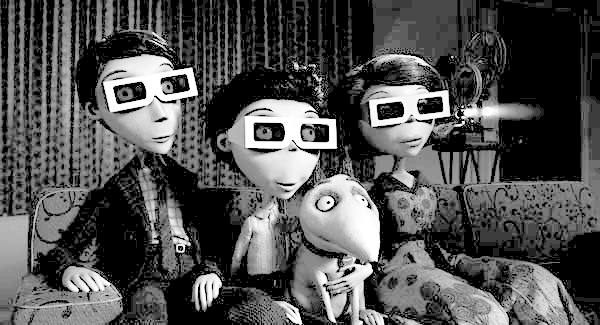 Finally, a stop-motion, animated Halloween film that rivals Tim Burton and Henry Selick's 1993 dark classic, The Nightmare Before Christmas. And of the two, Frankenweenie is the better film, though it might be heretical to say. Frankenweenie is more true to the director's well-documented love of the Universal monsters (in particular James Whale's Frankenstein and its superior sequel, The Bride of Frankenstein), and the script by John August is tight and seamless, unlike that of Nightmare, which tends toward tangents both fun and frivolous. Jack Skellington's place as the once and future Pumpkin King is still safely assured – simmer down, gothlings – but Burton's Frankenweenie is a more assured, and frankly more ooky film. If you want to get all New Yorker about it, Frankenweenie is to The Nightmare Before Christmas as Charles Addams is to Gahan Wilson.

And it's a remake, of all things, of Burton's first live-action, 30-minute short film. The first time I saw the original, in the wake of Nightmare, I recall being distinctly underwhelmed: great idea, not so great execution (fantastic casting, though). This stop-motion animated do-over is presumably everything Burton hoped for the first time round but was unable to achieve. (Burton aficionados will also note the influence of the Brad Bird-created, Burton/Steven Spielberg-produced, cel-animated series Family Dog.) Filmed in glorious black and white and, seemingly, every shade betwixt the two, Frankenweenie is that rare film that's both kid- and adult-friendly. Burton, to be sure, knows his audience by now, but Frankenweenie wears its heart on its sleeve like no other Burton outing since the director's last truly flawless film: 1994's Ed Wood.

The story of a boy and his dog, the titular weenie in question here is Sparky, a manic little bull terrier and best pal to young Victor Frankenstein (voiced by Charlie Tahan). When Sparky is hit by a car and killed, Victor seizes on the lessons he's learned from his school's science teacher, Mr. Rzykruski (Ed Wood's Bela Lugosi himself, Martin Landau) – mainly that electricity is a life-giving force. Luckily, Victor's hometown of New Holland has an abundance of thunderstorms, and before you can say "Boris Karloff's real name was William Henry Pratt!", a stitched-and-neck-bolted Sparky is re-animated and running around Vincent's attic laboratory. Comedy and tension, complete with torch- and pitchfork-wielding villagers, follows.

EFX company Nvizible and art director Tim Browning (Any relation to Tod? We wouldn't be surprised.) have fashioned a wholly unique, yet strangely familiar world that references everything from Universal art director Charles D. Hall's groundbreaking work on Bride of Frankenstein and The Vampire Bat to, again, the mordant humor of Charles Addams. At its electrified heart, though, Frankenweenie is a story about friendship, family, and the importance of kidhood perseverance. Never say die when you could be saying "It's alive!" 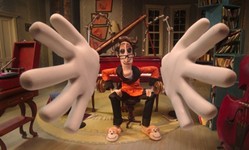 Stop-Motion Go-Ahead
While waiting for Frankenweenie, shore up on Coraline 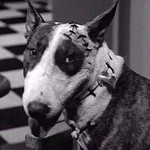