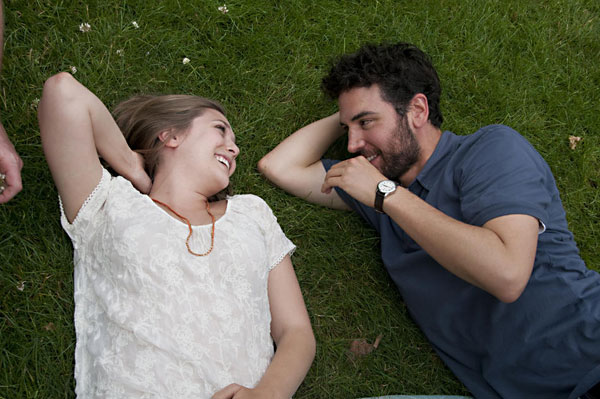 It’s certainly Josh Radnor’s prerogative – as indie dramedy Liberal Arts’ writer-director-producer-star – to train the camera on whomever he chooses. But the trouble with having so many hyphens appended to one man is that it reduces the number of people around with a little perspective and the nerve to point out that he’s fashioned a whole movie around the least interesting person in the story.

Familiar to TV watchers as the puppyish Ted Mosby on How I Met Your Mother, Radnor stars as Jesse Fisher, a college admissions officer and drifting Manhattanite who returns to his old alma mater, a liberal arts college in bucolic Ohio, to celebrate the retirement of his favorite professor (Jenkins). While there, Jesse hits it off with a charismatic undergraduate named Zibby (Olsen, Martha Marcy May Marlene’s breakout), who doesn’t appear put off by their 15-year age gap, or his mush-mouth melancholic funk, or the fact that he seems bewildered by the language and mores of college-aged kids, even as he makes a living counseling them.

Liberal Arts is not unlikable: There are some intelligent observations about how humans woo, and the film is so suffused with sincerity you want to give it a pat on the head just for trying so hard. But, my god, how it rankles. Love of literature – and the limitations of that one-way love when it comes to keeping warm at night – is a major consideration of the film, but Liberal Arts confuses name-checking William Blake with a compelling expression of ardor. (Also: If Radnor didn’t want to date his film by calling out Twilight and Infinite Jest by name, then he shouldn’t have made major points out of both books – coyly talking around them is just as bad.) First-rate character actors like Richard Jenkins and Allison Janney have been misdirected into too-broad performances; Zac Efron, as a hippie mystic, is so awful the cheeks burn for him; and any frame of film not filled with Olsen is a wasted opportunity. “Radiant” doesn’t even cut it. No kidding: She’s blind-your-eyes luminous. It’s Zibby’s coming of age – not Jesse’s dithering 30s – that perks the ears. But Radnor imagines Zibby solely as a contrapuntal construct, most cruelly when he walks her up to the edge of a life landmark, only to cut away. That fatal incuriosity about any character not played by him makes a sideshow out of the film’s main attraction. 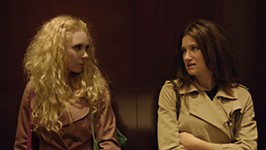 Afternoon Delight
A woman creates a tempest in her domestic teapot when she invites a lap dancer to stay with her family.