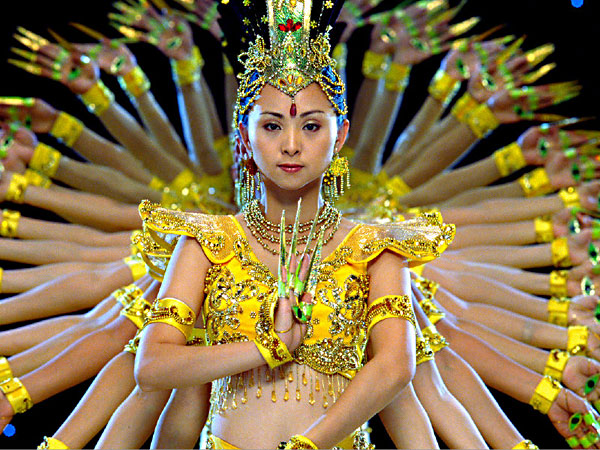 The rhythms of the planet reverberate in the cycles of life. Maybe that’s what the filmmakers want us to understand after watching Samsara, a wordless collection of stunning images from around the world. Made by director Ron Fricke and his collaborator Mark Magidson, who last filmed 1992’s Baraka using similar techniques, Samsara functions like global wallpaper for personal meditation. The film could “mean” just about anything, although the title’s translation as ”the ever-turning wheel of life” directs us toward the search for the eternal life force. Shot over a period of five years, Samsara travels the globe to record images of sacred places and natural wonders. These peaceful, harmonious pictures contrast with those taken in the film’s other main locales: disaster zones and industrial wastelands. It’s all part of life, I suppose: the good and the bad. Or maybe the filmmakers are trying to tell us that life doesn’t have to be this way.

Certainly, Samsara builds on its early images of peaceful, serene, and nonindustrialized settings toward increasingly hectic and fraught images of traffic, slums, office cubicles, and factory assembly lines of blow-up sex dolls. Soldiers stand guard at checkpoints, face-painted African tribal figures pose with guns, and the Wailing Wall looks as though it’s waiting for Joshua to sound the call. I’m not a big fan of this style of vague, imagistic filmmaking. It seems to me that since Koyaanisqatsi in 1982, for which Fricke served as the director of photography, every other film of this sort has been repetition. It’s not unpleasant, and certainly nothing that wouldn’t improve with the ingestion of a couple of tabs of acid, but really, that shouldn’t be necessary to make sense of a film. I’d be happy to have the lovely, 70mm images of Samsara as my computer screensaver, but I can’t pretend that they combine for more collective substance than a series of adorable cat pictures.