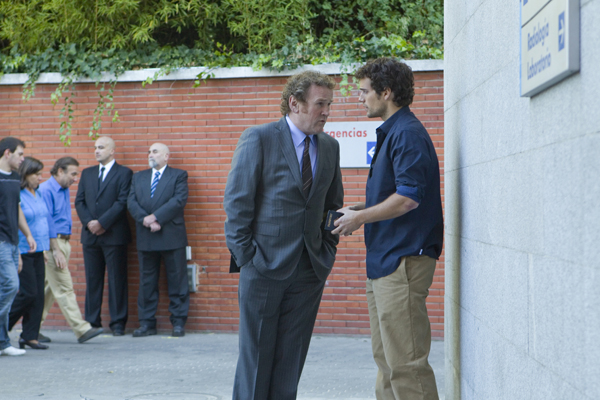 The Cold Light of Day

The director of the 2008 Fantastic Fest smash JCVD returns with what I can only describe as one of the most preposterous and incomprehensible international action fuckups to besmirch theatre screens in months. Granted, it's the end-of-summer doldrums, releasewise, and a certain amount of dross is to be expected. However, with a cast that features Willis, Weaver, and the upcoming Man of Steel (Cavill), you expect a little more bang for your buck, or, at the very least, some of that trademark Willis wit. No dice on all counts.

Cavill is Will Shaw, who, while on a sailing vacation in Spain with his family, including dad Martin (Willis) and mom Laurie (Goodall), finds himself pursued by persons unknown after he returns from shore to the family yacht, only to find it mysteriously abandoned. The local cops are no help, but that doesn't matter because Martin soon reappears with the (not very) startling revelation that he's a CIA operative and terrorists have kidnapped his kith and kin. A flurry of seemingly random car chases through Madrid (and thoroughly uninspired chases at that), the revelation of Will's sexy half-sister Lucia (Echegui), and yet another goddamn MacGuffin in a briefcase follow the Euro-action template to a T, minus the whipcord snap of the infinitely better Bourne movies. And speaking of mysterioso briefcases, can we get some CamelBak 'guffin's, already? I'm mean, if you're going to be on the run and all ….

Weaver and Willis look bored silly while essaying their paint-by-numbers roles, and this film does nothing to make me think Cavill is going to be Zack Snyder's Superman incarnate. The script, by Scott Wiper and John Petro, sounds as though it were penned in the cold dark of night, blindfolded, with crayons, on soggy cocktail napkins. Fans of inane and/or unnecessary expositional dialogue will have a field day. Everyone else can Netflix Hudson Hawk and forget to watch it, thus having more fun than anyone who shells out $10.50 for this tedious stinker.

JCVD
Jean-Claude Van Damme is the JCVD of the title, and in this career-adjusting film, the Muscles From Brussels advances from laughingstock to smart, respectable action-film star.