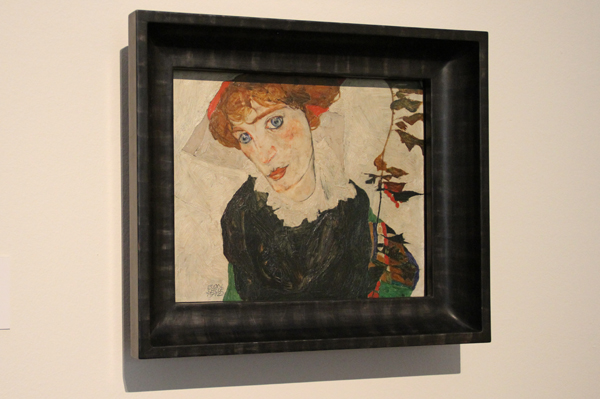 Austrian painter Egon Schiele’s boldly sensual paintings were decried as pornographic in his era and, nearly a century after his death, his art still makes waves. One piece in particular, the tender Portrait of Wally, ignited an art-world war and influenced the moral position of museums on the issue of Nazi plunder.

University of Texas film professor Andrew Shea’s documentary is an engrossing, exhaustively detailed account of how Portrait of Wally changed hands over the decades. It started as the personal property of Jewish Viennese gallery owner, Lea Bondi, whose gallery and private collection were seized by a Nazi curator after the Anschluss of 1938. Postwar, Bondi recovered her gallery’s holdings, but not Portrait of Wally. Through a somewhat suspicious clerical error, the painting became the property first of the Austrian National Gallery, then of the privately owned Leopold Museum, which loaned the portrait and 150 other Schiele pieces to New York’s Museum of Modern Art in 1997. Shortly before the portrait was set to be shipped back to Austria, the Manhattan District Attorney’s office seized the painting and launched an investigation into the true ownership of Portrait of Wally, triggering angry protestations from the Leopold, MoMA, and other prominent museums.

The opening credits make a point of noting the shared acronym between Portrait of Wally and “prisoner of war,” and I admit I found the comparison sensational at first. But the film makes a fairly devastating case, via archival evidence, interviews with many of the key players, and an expansive scope that includes restitution laws, whitewashed national histories, and the questionable ethics of art institutions. An intriguing subplot involves former National Public Radio reporter David D’Arcy, whose freelance contract was terminated after his piece on the controversy elicited an unhappy response from MoMA officials. Though the film credits D’Arcy as co-writer and co-producer in the opening credits, his dual role as both filmmaker and interview subject might have been made more explicit. (Austin Film Festival founder and director Barbara Morgan also produced.)

For such a winding, research-heavy piece, Portrait of Wally moves at a brisk clip, with Gary Lionelli’s agitated score lending the film the breathless quality of a police procedural. As with any detective story, certain plot threads are cut for the sake of the bigger picture; curiously, it’s the artist himself who is reduced to an afterthought (his biography is largely confined to the film’s postscript). But with a saga this sprawling and byzantine, it makes sense that the emphasis is not on Schiele, but rather on what the sorely wronged Bondi never stopped calling “my Schiele.”

See p. XX of this week’s Screens section for an interview with the director.