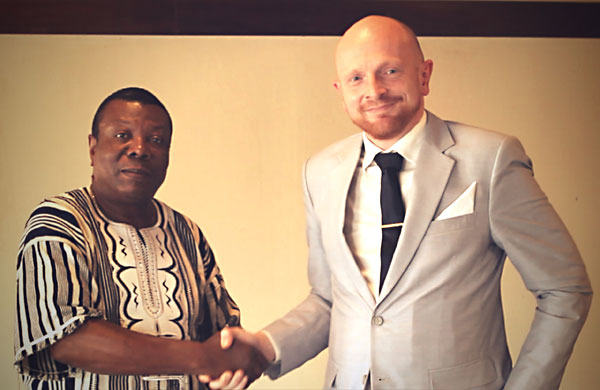 Danish documentarian and full-time provocateur Mads Brügger is either fearless or insane, possibly a combination of both. His previous film, The Red Chapel, managed the not inconsiderable task of peeking behind the happy happy, joy joy facade of the apparent North Korean status quo. Pretending to be the facilitator of a South Korean-born Danish comedy duo, Brügger dissembled his way behind the bamboo curtain and its cabal of 24/7/365 minders and returned with a wealth of material ripe for his satiric, righteous indignation. (One half of the comic duo was a self-described "spastic" who, had he been born in the North, would likely have been killed outright.) Brügger's newest film follows a similar tack, but moves the horrors on display from Asia to the Central African Republic, in search of blood diamonds, corruption, and greed – all of which are on ample display.

It's a gut-twisting narrative, occasionally painful to view, but one that, admittedly, is extremely well-conceived. At least, the ideas percolating just beneath its pond-scum sheen are journalistically hubristic and well worth dissecting. But Brügger's film is also a high-wire balancing act for the filmmaker, and one that may occasionally twang too near the abyss for some consciences. It's a tough call as to whether The Ambassador might be an effective tool in combatting the tyranny and continentwide predation that make up huge swaths of Africa today. My guess is it's akin to sticking your tongue out at Orwell's metaphorical jackboot as it stomps downward toward your face, forever. it likely won't change a thing in the CAR itself, but it might get the attention of the West, if only momentarily.

This time, Brügger disguises himself as a shady businessman who has purchased a black-market ambassadorship from Liberia to the CAR This could make a terrifically disturbing doc in its own right, but for this "ambassador" it's only the start. Armed only with his ever-present shades, a few tiny cameras to capture the action (or lack thereof), and his paperwork (or lack thereof, again), Brügger untangles a ghastly daisy chain of sleaze that extends all the way from the Republic's highest political offices all the way back to a seemingly complicit E.U. Along the way, he meets with the country's associate minister of defense (a huge, French-speaking blob of a man who is later assassinated), travels into the bush to dance with drunken pygmies, and consorts with scum and villainy of the most wretched kind. It's a damning portrait of what happens when a resource-rich society buckles under the weight of its own assumed self interests.

But to what end? The nightmare scenario that is daily life in the CAR is hardly a secret – Kanye West could probably tell you all about it, in detail and in rhyme. And although it's patently clear that Brügger has put his life on the line to detail the various inequities that occur practically moment by moment in the CAR, it's less clear what The Ambassador's grand intent is. That doesn't make it any less of an accomplishment. We bear witness, via Brügger's film, to the slow-motion train wreck that high-echelon, African graft becomes. It's daring, gonzo filmmaking (produced by Lars Von Trier's Zentropa and released in the U.S. by Austin's Drafthouse Films) that will keep you awake at night, wondering what to do. 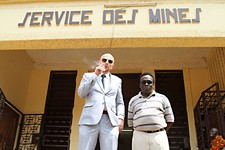 Pay To Play
'The Ambassador' exposes corruption in the CAR 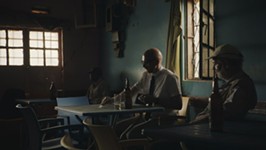 Cold Case Hammarskjöld
An assassination, a conspiracy, and decades of secrets unlocked in this chilling documentary 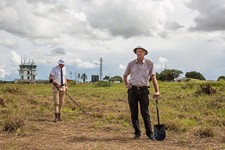