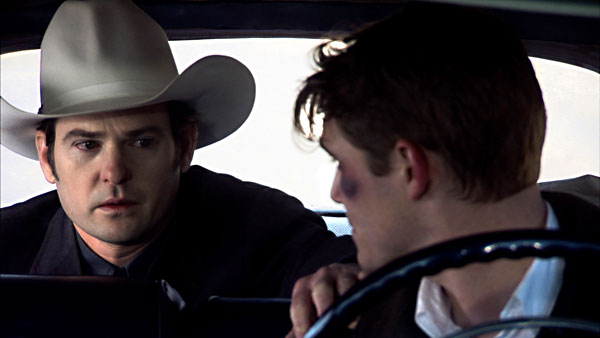 The death of Hank Williams at the age of 29 in the backseat of a baby-blue Cadillac on New Year’s Day 1953 is one of those live-fast/die-young tragedies that looms large in the American mythos. The details of Williams’ death remain hazy and dismaying nearly 60 years later, though unsurprising for a multi-substance-abuser in ill health. The Last Ride is a speculative but plausible account of Williams’ last few days of life as he travels by car from Alabama to gigs in West Virginia and Ohio. At the wheel is Silas (James), a local Alabama grease monkey who has never left the state and has no idea who his famous passenger is. All he knows is that he’s been charged with getting his passenger to his appointment on time and sober – a feat he didn’t know would be as difficult as it turned out to be. This is the only aspect of the film, which was written by Howard Klausner and Dub Cornett, that differs from the facts as we know them: Williams’ actual driver was a college student who presumably recognized his famous passenger and came from a much different class than Silas.

E.T.’s old pal Henry Thomas plays Williams, and after playing this dissipated musician, Thomas may be able to finally throw off the last vestiges of his childhood typecasting. Although he appears a little too spick-and-span to be an alcoholic, Thomas perfects a hacking cough and a leering smile that makes his Hank Williams look a little like a haunted Charlie Sheen. Thomas acts up a storm – like there’s no tomorrow, which, in this instance, there isn’t. Jesse James, however, is a dud as Thomas’ foil. The character does nothing but fret and look worried. One haunted, the other worried – there is little interaction between these two that maintains our attention. The Last Ride is beautifully photographed by cinematographer James W. Roberson, but director Harry Thomason (one-half of the producing team behind Designing Women and well-known Friend of Bill) never finds the inner workings of these characters. Moreover, the songs we hear on the soundtrack are all Williams’ covers sung by others, further distancing us from this great American songwriter. With a foretold ending and long stretches of pure driving, The Last Ride squanders its potential, much like its tragic subject. 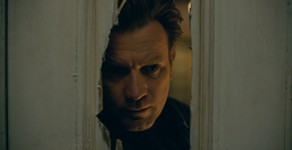