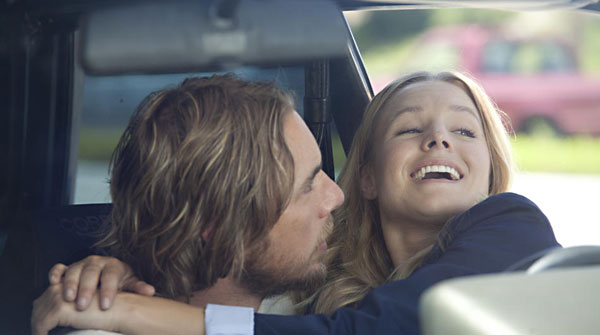 Dax Shepard's sophomore directorial feature – following the awkwardly staged show-biz parody Brother's Justice – is a bizarre mélange of earnest and romantic road movie, high-octane chase picture reminiscent of everything the mustachioed version of Burt Reynolds ever did, and a slapsticky comedy that gives Tom Arnold considerably more screen time than actually necessary. The bland title would have been more accurate were it Hit & Miss, but the film is repeatedly saved from being a simple exercise in overkill by Shepard's lopsided charm. (In addition to acting and co-directing, he also penned the script.)

Shepard is Charlie Bronson, a sweetheart of a guy living what appears to be the good life in small-town California. His girlfriend Annie (Bell), is a local schoolteacher, and as the film opens (with a pretty great introductory scene of the couple doing some early morning pillow-talking), she's offered her dream job … in Los Angeles. The problem – as is casually, craftily revealed throughout Shepard's meandering plot – is that Charlie is in the Witness Protection program. Explaining why, exactly, would constitute a major spoiler here, but suffice it to say Annie's good guy has a pretty bad past. True to both his heart and his girl, Charlie takes it on the lam in an effort to drive Annie to the important meeting that will guarantee her said dream gig. The couple is pursued by a bumbling federal marshall (Arnold, fully engaged in The Stupids mode), Annie's clingy ex (Rosenbaum), and a posse of gun-wielding maniacs from Charlie's past life.

Hit & Run is nothing if not turbocharged. Shepard's well-documented love of vehicular speed is on full display. While the film fails to redline it all the way up to the ridiculously surreal rpms of, say, Neveldine and Taylor's Crank, Shepard and co-director David Palmer stage some fine action set-pieces nonetheless. And then there's Shepard's performance, which adroitly manages to make what could have been, in other hands, an awfully generic character into something wholly believable. You've got to hand it to Shepard: He makes hangdog, snarky-slacker romantics everywhere look good (or, at least, not exactly bad). As it turns out, he's also a dab hand at conjuring echoes of Sam Peckinpah's The Getaway and Hal Needham's Smokey and the Bandit in between bouts of puppy-dogging Bell and tossing the occasional cool cameo (hey there, Beau Bridges!) into the mix. Hit & Run is a bit of a mess, frankly, but as in nearly all cinematic road-ragers, getting there is way more than half the fun. 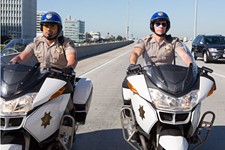