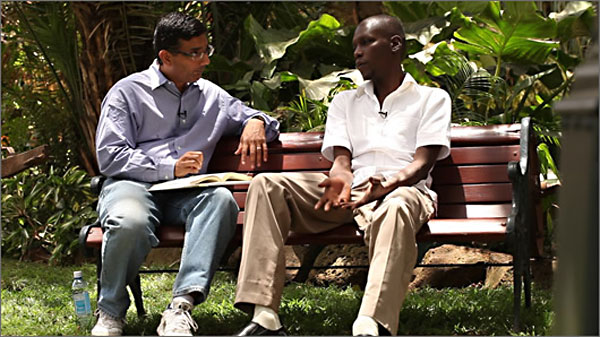 I paid $10 to see this documentary, which was not screened for the press. My ticket is now counted among the tens of thousands of others that, as of this writing, have made this reactionary work the sixth-highest-grossing political documentary in the United States since 1982, yielding only to Michael Moore and An Inconvenient Truth. 2016: Obama’s America is to film what the birther movement is to politics: a specious argument that steers political discourse away from substantive issues and toward reactive justifications for the retention of an ill-defined American hegemony at home and abroad. Opening in a single theatre in mid-July, 2016: Obama’s America expanded on August 24 and is now playing in more than 1,000 venues across the nation where it has, at present, grossed more than $10 million. It is the most successful conservative documentary ever released. The inconvenient truth is that 2016: Obama’s America cannot be ignored.

Based on Dinesh D’Souza’s 2010 book, The Roots of Obama’s Rage, this documentary expounds on the president’s past and concludes with conjectures about what America would look like if Obama were to be re-elected. D’Souza, a prodigious author of conservative tomes and president of the King’s College in New York, co-directs the film with John Sullivan, and also serves as the narrator. The film is competently made and travels to many locations to conduct interviews, including a trip to Nairobi, Kenya, to speak with the president’s half-brother, George Obama. The essential argument of the film is that Barack Obama’s motives are guided by his need to fulfill the dreams of his absent father, an anticolonialist who wished to diminish the West’s influence throughout the world. Thus, according to D’Souza, all the president’s political actions can be filtered through this prism of anticolonialist, anti-American beliefs: The president’s desire is to hobble America, enrich the third world, and win his father’s approval. The argument would be laughable were it not so potent, as evidenced by the box-office figures. The ideas D’Souza puts forth are spurious and vicious, and it’s hard to judge a film with such underpinnings. Technically, 2016: Obama’s America is up to snuff, but the documentary’s thought process is pure snuff. 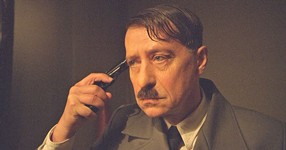 Death of a Nation
Dinesh D'Souza, at it again, in another propaganda exercise