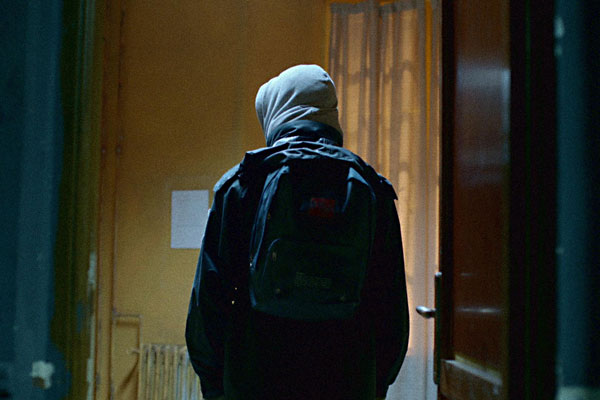 Truth is stranger than fiction, and sometimes vice versa. But when the elements of a mystery become so impossibly obscured by the sheer emotional drama of a crime – a crime that actually might not have occurred – well, to paraphrase Mission of Burma, that's when you reach for your revolver. Reality takes one to the head in the documentary The Imposter, and, in the process, leaves your mind reeling like a Tilt-a-Whirl. It's an elegantly constructed and instantly engrossing puzzle of lies, duplicity, and suppositions that, by film's end, leaves even more unanswered questions than it began with. It's both preposterous and horrific, and therein lies its powerful, disquieting charm.

The facts: In 1994, blond-haired, blue-eyed, 13-year-old Nicholas Barclay disappeared from his hometown of San Antonio, Texas. Despite a four-year search by Nicholas' family – including his mother, Beverly Dollarhide; his sister, Carey Gibson; and others – Nicholas (seen here in grainy VHS home movies) never materialized. Until, that is, 1997, when the family received a call from child-welfare authorities in Linares, Spain, informing them that Nicholas had been found and wanted to come home. Carey Gibson flew to Linares, worked with the American Consulate there to obtain a U.S. passport for the young man, and returned to San Antonio with a much older, strangely distant version of her little brother in tow. In reality (which proves far, far more malleable than even David Lynch might think), this "Nicholas" was in fact 23-year-old professional child-impersonator Frederic Bourdin. Ultimately deported back to Europe, Bourdin (known to Interpol by the nickname "The Chameleon") is truly an enigmatic master manipulator of other people's realities. He managed to fool Nicholas' family until the FBI matched his fingerprints and discovered a lengthy string of impersonations exactly like the one he pulled off in San Antonio.

But wait, there's more: Once Bourdin's true identity becomes known and he lands in prison, he publicly accuses Nicholas' family of complicity in the child's murder in 1994, thus unleashing a whole new wave of grim unreality on the family. As much a thought experiment in the bizarre power of denial as it is an intimate portrait of a compulsive liar with a desperate need to belong somewhere, anywhere, Bourdin's own story is as pathetic as his schemes.

Director Layton makes remarkable use of one-on-one interviews with Bourdin, Nicholas' family, a San Antonio private investigator, and the FBI agent who cracked Bourdin's ruse. The crime is beyond bizarre, and the film is relentlessly suspenseful, but perhaps the most disturbing question of all is this: Whatever happened to Nicholas Barclay? To that, there remains no satisfactory answer.

See "The Confidence Game," August 17, for an interview with the director. The Confidence Game
In Bart Layton's slippery documentary 'The Imposter,' it's a battle between dupe or be duped 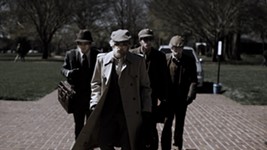