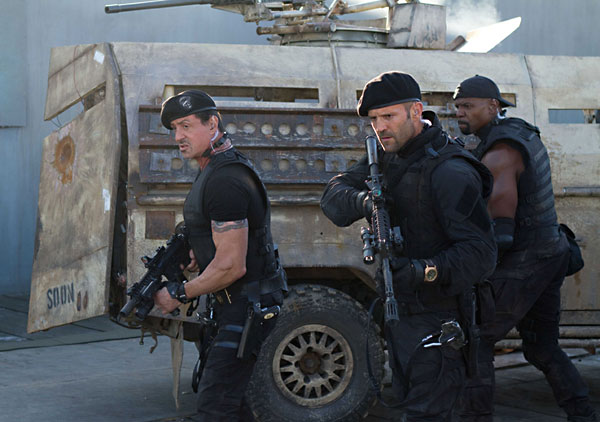 Sometimes a Manwich is just a Manwich and not so much of a meal, which is exactly the case with this meaty, beefy, big, and bouncy explodathon sequel to Stallone's surprise hit of 2010, which he starred in and directed. It's everything you think it is and less, although director Simon West does a marginally better job of shooting the requisite action sequences than his predecessor. And like Stallone's film, this is an unabashed homage to all those Eighties action movies that gave the cast their greatest hits back in the day. But the lingering question is: Why not just go back and watch Bloodsport, Die Hard, Cobra, and Missing in Action again on Blu-ray and make a testosterone-addled night of it? The Expendables 2 adds nothing to the burly badass genre that hasn't been done before, and with less CGI.

The script, by Stallone and Richard Wenk, expands the cameo roles Schwarzenegger and Willis had in the first film, while adding the femme fatale exploits of Yu Nan, which, rest assured, does nothing to soften the budding franchise's rough ’n' tumble edges. Van Damme is cast as the bad guy (aptly, if unsubtly, named Vilain), a brutish Bond-esque baddy intent on flooding the black market with plutonium. That blows, so, who ya gonna call? Well, duh. Stallone's Barney Ross, leader of this team of grizzled, hired guns, is again corralled by Willis' Mr. Church into saving the world, although this time, it's personal (when was it ever not thus?). West's distinct brand of ultraviolence and larger-than-life mayhem follows, but the plot barely hangs together amid outbursts of muzzle flare and lame, jokey banter between Schwarzenegger and Willis. (Chuck Norris, in a deep-geek twist, is here recast as his character John T. Booker from 1978's Good Guys Wear Black.)

I hate to sound ageist, but Van Damme is the only kick-butt dinosaur on display who doesn't seem to be either a) pumped up on human growth hormone, b) much older than you expected him to look, or c) merely collecting an easy paycheck. He obviously relishes his role as Vilain, and while this is no "serious" actioner – it's a long, long way from Van Damme's phenomenal turn in JCVD – he does bring a whole new level of energy to the proceedings. But again: Why make a new mediocrity when the old ones are still so much more fun to watch? 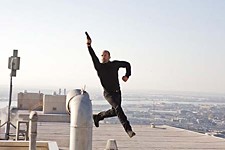 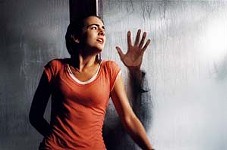 When a Stranger Calls
Simon West’s do-over of Fred Walton’s 1979 creepfest – in which babysitter Belle menaced by a stranger with a phone who probably isn’t that guy from Verizon – is a hollow, shallow, and just plain boring exercise in snooziness.